A senior official of the Assam Revenue and Disaster Management Department said that more than 2200 villages were hit by flood in the state. 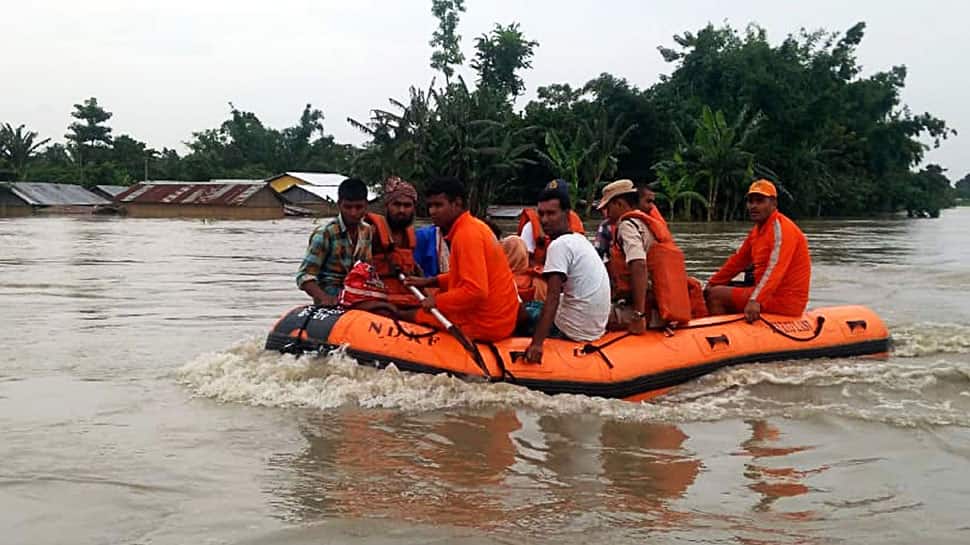 At least 14 lakh people have been affected due to floods across 25 districts in Assam, even as around 62 relief camps have been set up for relief and rescue operations. A senior official of the Assam Revenue and Disaster Management Department said that more than 2200 villages were hit by flood in the state.

Assam Revenue and Disaster Management Department’s Additional Chief Secretary Kumar Sanjay Krishna said, “Twenty five districts, 2217 villages and 14,06,711 people have been affected by the advent of floods in the state. Around 62 relief camps and 172 relief distribution centres have been set up for relief and rescue purpose.”

In the district of Morigaon, at least 94,000 people have been affected as over 180 villages are under the grip of tragic floods after the waters of Brahmaputra River entered the area.

"Many villages have been flooded as the waters of Brahmaputra has flown into different areas of the district," said a local from Bhuragaon in Morigaon. "Water is continuously filling around our houses and the roads are blocked. Yet no government officials have come up to lend us support," he added.

Same is the fate of the dozens of villages of Darang district in Assam where the waters of Brahmaputra, Kuli, Tangni and Jiya Dhanashree River have entered the villages.

Roads and bridges affected due to the floods have left the villagers stranded. Apart from this, thousand of Bigha agricultural land has submerged in dozens of villages of the district.

Unhygienic drinking water is also posing a grave threat to the health of the residents, especially children. Even after all this, people still await relief materials.

However, according to Yuvraj Barthakur, Dalgaon Revenue Officer, the administration is taking follow-ups about the situation.

"The administration is taking follow-ups of the situation. The flood situation is still under control. Department officials are taking stock of the water levels," he said.

"All the deputy commissioners have been instructed to provide rescue and relief operations. Relief camps have been opened and food is being provided to the people who cannot come to the relief camps," the Additional Chief Secretary added.

"About Rs 56 crores have been released for relief purpose to different districts," he said.