Fodder scam case: Hearing over, sentence against Lalu Prasad to be announced on Saturday

Lalu has filed a plea in the Ranchi special court seeking minimum punishment in the case on health grounds. 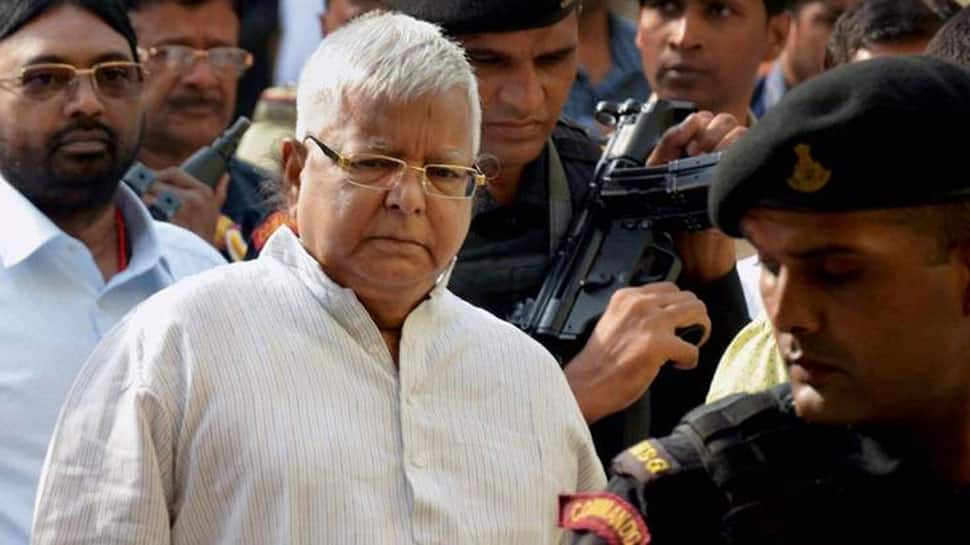 Ranchi: Sentence against former Bihar chief minister and Rashtriya Janata Dal chief Lalu Prasad Yadav in the fodder scam case will be announced at 2 PM on Saturday. "The sentence will be made through video conferencing," Lalu Prasad Yadav's lawyer Chittaranjan Sinha said.

Hearing over the quantum of sentence for the accused, including Lalu Prasad Yadav, was on Friday completed at the Ranchi Special CBI Court.

The CBI court had on December 23, 2017, convicted the RJD chief and 14 others in connection with the fodder scam case while acquitting six others including another former Bihar CM Jagannath Mishra.

Lalu and other convicts were taken into custody immediately after the pronouncement of the verdict.

Soon after the verdict, Lalu had attacked the BJP over his conviction, accusing the party of playing 'dirty politics' to get votes by tarnishing the image of its opponents.

"To hide its failures, false rhetoric and to get votes, the BJP uses every dirty immoral trick in politics to change the public perception of its opponents," he had said.

A chargesheet was filed against 38 persons on October 27, 1997, in the case. Eleven of them died and three turned approvers while two other accused confessed and were convicted in 2006-07.