The I-T department on May 11, 2018, filed chargesheets against Chidambaram's wife Nalini, son Karti, daughter-in-law Srinidhi and a firm under the Black Money Act. 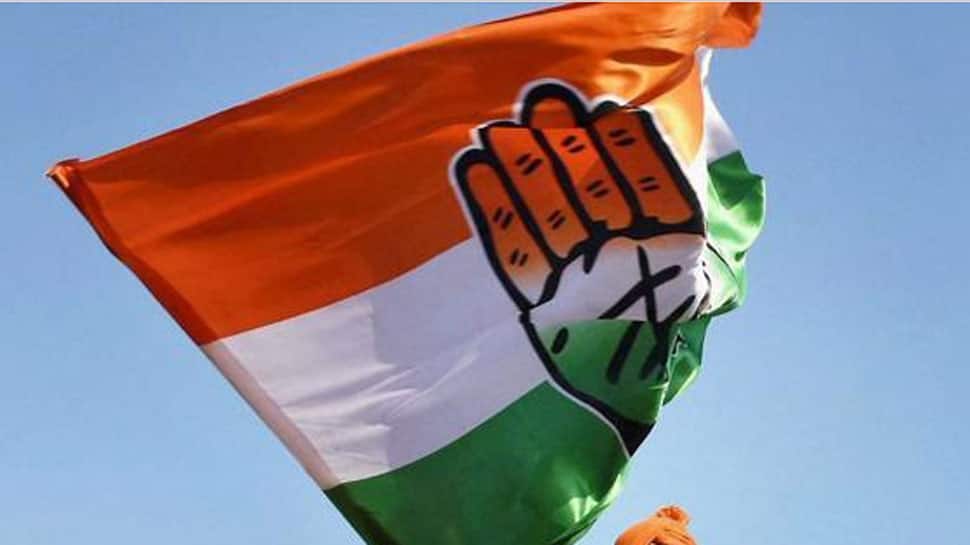 New Delhi: The Congress on Sunday hit back at Union Minister Nirmala Sitharaman, saying that instead of protecting the country, she was coming in defence of her party leaders embroiled in corruption charges. The Congress' attack came after the BJP leader hit out at former union minister and senior Congress leader P Chidambaram over his family's foreign assets.

He also accused the BJP leadership and ministers in the NDA government of deflecting issues and not giving answers to questions raised by the Opposition leaders and said that Sitharaman was not disclosing the price of the Rafale fighter jet aircraft, PTI reported.

To a question on charges against Chidambaram's family, Khera said the statement given by Chidambaram's chartered accountant is clear that there was no wrongdoing and that the income tax department's action would be challenged in the court of law. He accused the BJP of misusing the I-T department and targeting the Opposition leaders.

Modi's Rafale deal-a loss of ₹12,632 Cr.
Piyush Goyal turns ₹ 1 Lac to ₹ 30 Cr.
Jay Shah turns ₹ 50,000 to ₹ 80 Cr.
This, while the other Modis manage to loot and escape!
Will the BJP Def. Min. get her Party President or her Govt agencies to investigate these scams? pic.twitter.com/4PPfMEaaeZ

The I-T department on May 11, 2018, filed chargesheets against Chidambaram's wife Nalini, son Karti, daughter-in-law Srinidhi and a firm under the Black Money Act for allegedly not disclosing their foreign assets.

The chargesheets or prosecution complaints have been filed by the I-T department before a special court in Chennai under Section 50 of the Black Money (Undisclosed Foreign Income and Assets) and Imposition of Tax Act, 2015, officials said, as per PTI.

Nalini, Karti and Srinidhi and a firm linked to Karti have been accused of not disclosing, either partly or fully, immovable assets such as one at Barton, Cambridge, UK, worth Rs 5.37 crore, property worth Rs 80 lakh in the same country and assets worth Rs 3.28 crore in the US.

Addressing the press in the national capital, Sitharaman had said, "The parallels cannot be missed out in this case. I am wondering if, for Congress party in India, we are seeing the Nawaz Sharif moment."

She had also asked if Rahul Gandhi would investigate the issue involving his party's senior leader. The Congress party president, incidentally who is also out on bail on some financial transactions which are questionable, should certainly comment and tell the entire party and people of India whether he is going to investigate this, Sitharaman had said. She had added that the law on black money was brought in by the Modi government because it had pledged before the last Lok Sabha elections to fight unaccounted for money held in India and abroad.

Will Congress President Rahul Gandhi investigate this? It can't be an oversight. How can P. Chidambaram forget to disclose his assets abroad: Smt @nsitharaman https://t.co/Szq6TL6oRk #BlackMoneyOfPC

Chidambaram didn't disclose its investments to tax authority, violating Black Money Law, which was brought by Modi govt as part of its drive against black money & to prosecute those Indians who have secretly stashed illicit wealth abroad: Smt @nsitharaman #BlackMoneyofPC

The IT department filed ​four charge sheets in a Chennai city court on 11th May, 2018 against Chidambaram’s wife Nalini, son Karti and his wife Srinidhi under section 50 of the Black Money (Undisclosed Foreign Income and Assets) and Imposition of Tax Act, 2015: Smt @nsitharaman

The charge sheets claimed that the Chidambarams ​“did not disclose” these investments to the tax authority as also by the ​firm co-owned by Mr. Karti — Chess Global Advisory​, in violation of the black money law: Smt @nsitharaman #BlackMoneyOfPC

On the other hand, BJP president Amit Shah too cited the chargesheets filed by the I-T department against Chidambaram's family members to allege they had illegal assets worth 3 billion dollars.

Under the Black Money Act, 4 chargesheets have been filed against P Chidambaram and his family for possessing and operating several illegal assets and accounts in foreign countries. IT estimates illegal assets held by UPA's FM to be to the tune of 3 Bn dollars! #BlackMoneyOfPC

This explains why despite Supreme Court's orders Sonia Gandhi, former PM Dr Manmohan Singh & then FM P Chidambaram dragged their feet on formation of SIT, one of the first decisions taken by Modi govt, to fight Black Money! How could they indict their own selves? #BlackMoneyOfPC

The former finance minister's family members have said the I-T department chargesheets against them under the black money law were "baseless allegations" as the overseas investments under question had been reflected in their I-T returns.