He also stressed on the need of an active opposition without thinking of their numbers in the House. 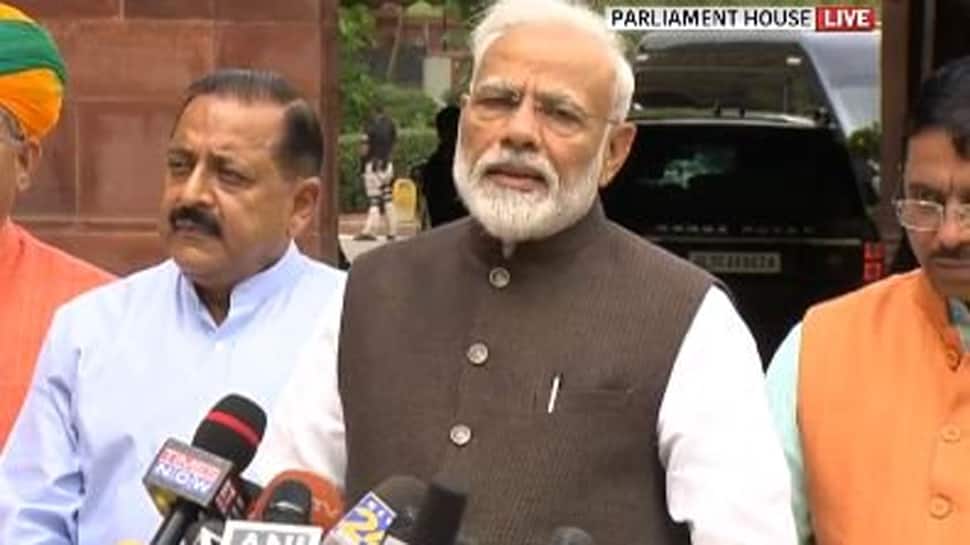 Prime Minister Narendra Modi on Monday urged all opposition parties to come together and work for the larger interest of the country. He said, "More than paksh (ruling party), vipaksh (opposition party), nishpaksh (unbiased) spirit is more important. We will try to maintain the dignity of Parliament in the next five years."

He added that it is after several decades that a government has won an absolute majority for the second term. "People have given us the chance to serve the country again. I request all the parties to support the decisions that are in favour of people," he said.

He also added that smooth functioning of Parliament results in fulfillment of the aspirations of the common people. "I am happy that this new house has a high number of women members in Parliament," the PM said. He assured that this session of Parliament would be more fruitful as compared to the previous ones.

The Prime Minister, who is also the leader of the House, took oath as a Member of Parliament in the 17th Lok Sabha on Monday. After the PM, Defence Minister Rajnath Singh and Home Minister Amit Shah also took oath as Lok Sabha members.

Parliament convenes for the first time after Lok Sabha election, Budget to be tabled on July 5