Kerala Congress veteran AP Abdullakutty was expelled from his party for praising Prime Minister Narendra Modi after the BJP’s landslide victory in the 2019 Lok Sabha elections. He joined the BJP on Wednesday. 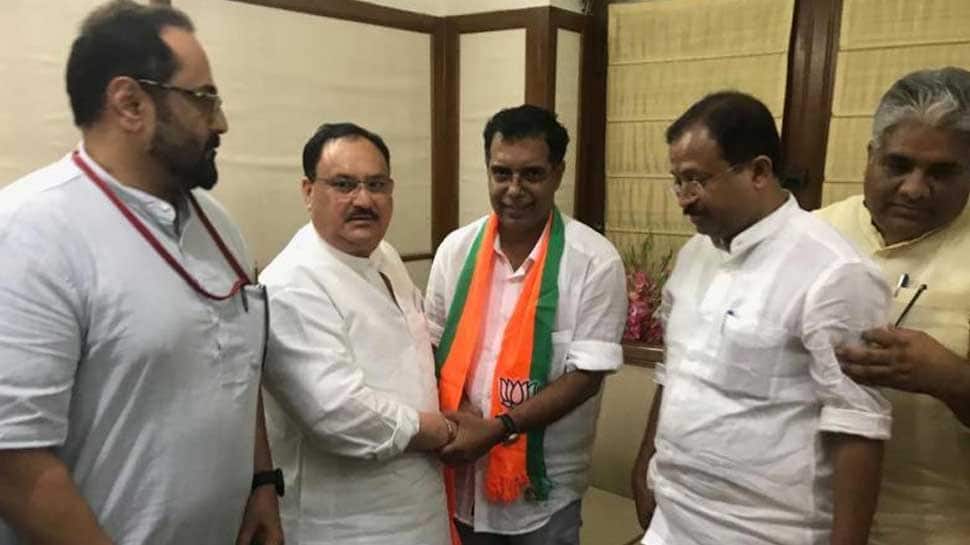 The Congress veteran from Kerala joined the saffron party in the presence of BJP working president JP Nadda.

He was recently expelled from Congress for praising Prime Minister Narendra Modi.

Abdullakutty had on Monday met PM Narendra Modi, triggering speculations that he may join BJP soon.

Speaking to reporters after the meeting, Abdullakutty had said that PM Modi had asked to him join BJP.

"I had come to meet him to offer my support for his developmental activities," Abdullakutty said.

He also reportedly briefed the PM about his Yoga Day activities.

Abdullakutty was sacked from Congress on June 3 for lavishing praise on PM Modi after the BJP’s landslide victory in the 2019 Lok Sabha election in a Facebook post.

The Kerala Pradesh Congress Committee (KPCC) had reportedly given him five days to explain his remarks that he had put on Facebook, he did not come out with an explanation.

He, however, denied that the party had demanded an explanation from him.

The KPCC, which had constituted a panel to probe the matter, later expelled Abdullakutty as he failed to explain his stand.

In the 1999 Lok Sabha polls in Kannur, Abdullakutty, who was then with the CPI-M, had defeated Congress stalwart Mullappally Ramachandran, who is presently the KPCC president.

Abdullakutty repeated the feat in the 2004 elections as well. He represented the CPI(M) in both the elections.

He was expelled from the CPI(M) in 2009 after he showered praise on Modi, who was then the Gujarat Chief Minister. He then joined the Congress.