In response to JDU's poster which suggested that there was no replacement for Bihar Chief Minister Nitish Kumar, the RJD has put up new posters questioning the performance of the Bihar government. 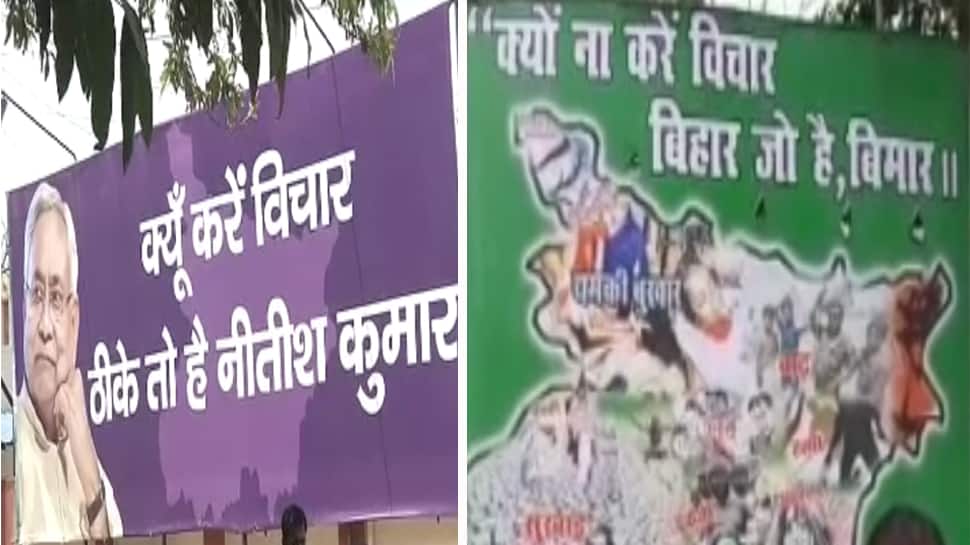 A new hoarding installed outside the Janata Dal United (JDU) office in Patna has triggered a political poster war in Bihar, which is slated to go for Assembly elections in 2020. In response to the JDU poster, which suggested that there was no question of replacing Nitish Kumar as Bihar Chief Minister, the Rashtriya Janata Dal (RJD) has put up a poster questioning the performance of the National Democratic Alliance (NDA) government in the state.

It means that the JDU is in no mood to give up the post of Chief Minister even if its partner, the Bharatiya Janata Party (BJP), claims the same.

In response to the JDU poster, the RJD has installed posters outside its office and residence of former Bihar chief minister Rabri Devi.

The posters refer to the issue of Acute Encephalitis Syndrome (AES), questioning the measures taken by the government to tackle the menace which claimed hundreds of lives of children. The issue of rising crime in the state has also been talked about in the posters.

The text on RJD posters read, “Kyun na karein vichar, Bihar jo hai bimar (why should we not discuss when Bihar is unwell)”.

When asked about the poster war, RJD leaders said that they were prepared to answer all questions by the JDU.

Earlier, justifying the poster installed by the ruling party, JDU spokesperson Sanjay Singh had said that the slogan represented the voice of 12 crore residents of Bihar, adding that there is no vacancy for the post of Chief Minister in the state.