Prime Minister Narendra Modi on Saturday announced the launch of the National Digital Health Mission during his address to the nation from the historic Red Fort on the 74th Independence Day, saying that the mission will bring a "revolution" in the health sector in the country. 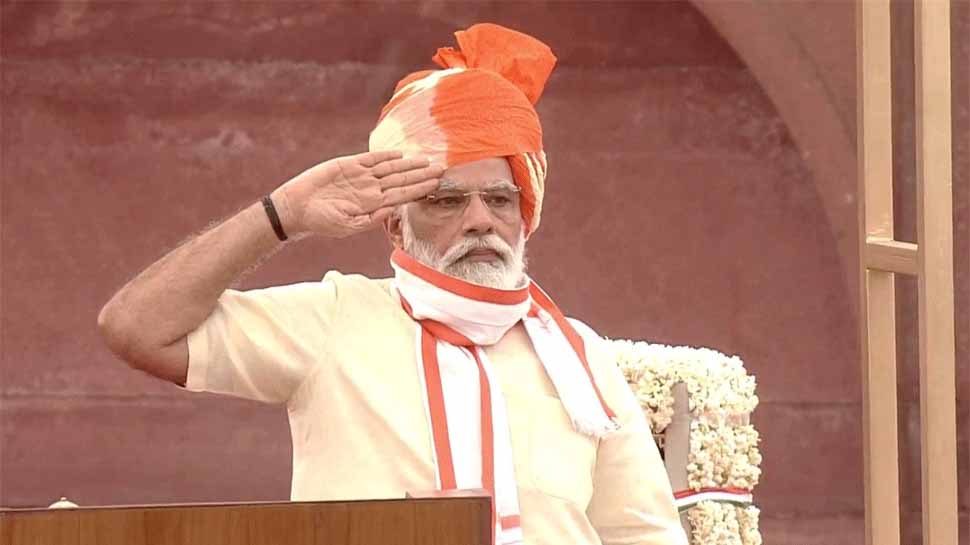 New Delhi: Prime Minister Narendra Modi on Saturday announced the launch of the National Digital Health Mission during his address to the nation from the historic Red Fort on the 74th Independence Day, saying that the mission will bring a "revolution" in the health sector in the country.

PM Modi hailed people in the frontline in the battle against coronavirus, saying "corona warriors have lived the mantra of `Seva Parmo Dharma` and served the people of the country. He said that as many as three coronavirus vaccines are in the testing stage and it is geared up for mass production once there is a green signal from scientists. 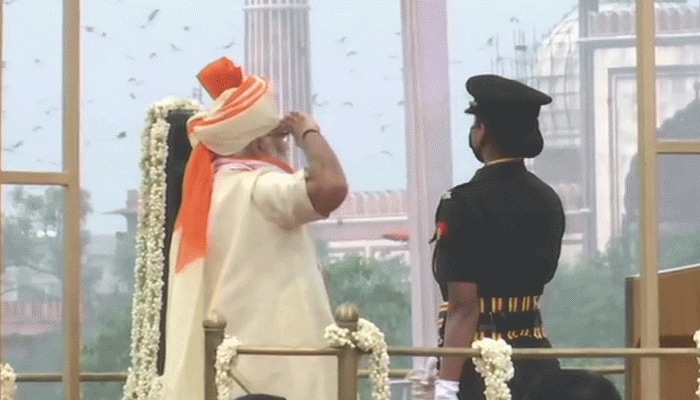 "Not one, not two, as many as three coronavirus vaccines are being tested in India... Along with mass-production, the roadmap for distribution of vaccine to every single Indian in the least possible time is also ready," Modi said.

Amid border tensions with China, PM Modi said from the Line of Actual Control (LAC) to Line of Control (LoC) the Indian soldiers have given a befitting reply to all those who tried to pose a challenge to the country`s sovereignty.

"From LoC to LAC, whoever tried to raise their eyes towards the sovereignty of our country, our soldiers responded to it in the same manner," he said.

Refering to the bloody skirmish between the Indian and Chinese troops in Ladakh`s Galwan Valley in June 2020, PM Modi said, "What our jawans can do, what the country can do, the world has seen in Ladakh."

"India`s sovereignty is supreme for us," he added.

The prime minister emphasised on making a 'aatmanirbhar' or self-reliant India and claimed that even in the midst of the coronavirus COVID-19 crisis, 130 crore Indians have pledged their support to build a 'Aatmanirbhar Bharat'.

"I am confident that India will realise this dream. I am confident of the abilities, confidence and potential of my fellow Indians. Once we decide to do something, we do not rest till we achieve that goal," said Modi. He further added that 'Aatmanirbhar Bharat' does not mean only reducing dependence on imports, but strengthening India's capacity, creativity and skills.

Citing an example, Modi said before the panedmic, India was not making N-95 masks, PPE and ventillators, but now it is in a position to export these items.

He also pointed out that India needs to to move ahead with the mantra of make for the world along with Make-in-India as India has the natural resources to do so. "India has always believed that the entire world is one family. While we focus on economic growth and development, humanity must retain a central role in this process and our journey," Modi said.

Modi reiterated in his address 'Vocal for Local' call and said that India should strive for meeting needs of the world as well and wondered how long the country would continue to export raw materials and import finished products.

The prime minister said the country received record foreign direct investments during the last fiscal and even during the coronavirus pandemic, big global companies are looking towards India. He said the FDI growth was recorded at 18 per cent last fiscal.