In his letter, Rahul Gandhi wrote that people should take accountability for the loss that the party suffered in the recently-concluded Lok Sabha election, while adding that it would be wrong if he does not take responsibility for the defeat. 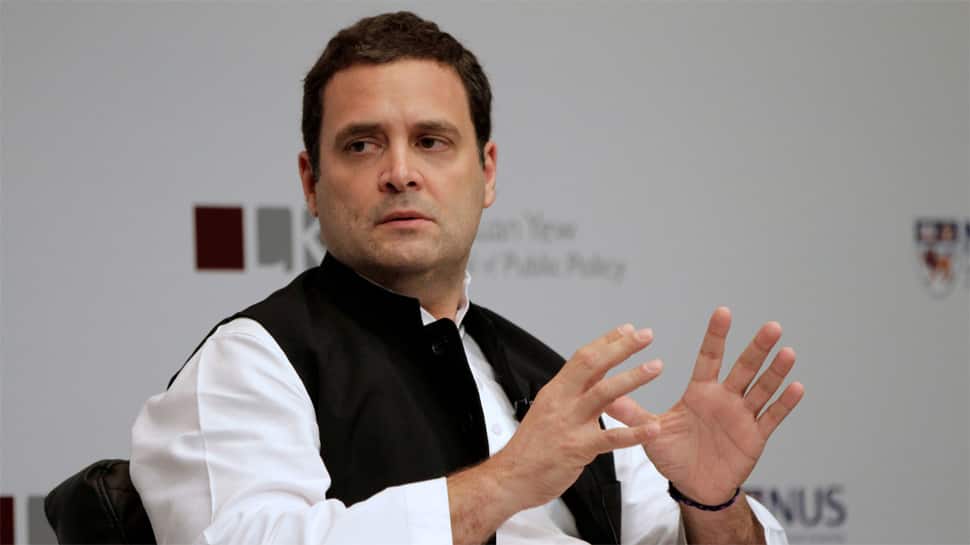 Rahul Gandhi on Wednesday tweeted a letter confirming that he will not be withdrawing his decision to resign as the Congress President. In his letter, he wrote that people should take accountability for the loss that the party suffered in the recently-concluded Lok Sabha election, while adding that it would be wrong if he does not take responsibility for the defeat.

"Rebuilding the party requires hard decisions and numerous people will have to be made accountable for the failure of 2019. It would be unjust to hold others accountable but ignore my own responsibility as President of the party," he wrote in his letter.

It is an honour for me to serve the Congress Party, whose values and ideals have served as the lifeblood of our beautiful nation. I owe the country and my organisation a debt of tremendous gratitude and love.

As President of the Congress Party, I am responsible for the loss of the 2019 election. Accountability is critical for the future growth of our party. It is for this reason that I have resigned as Congress President.

Rebuilding the party requires hard decisions and numerous people will have to be made accountable for the failure of 2019. It would be unjust to hold others accountable but ignore my own responsibility as President of the party.

Many of my colleagues suggested that I nominate the next Congress President. While it is important for someone new to lead our party, it would not be correct for me to select that person. Ours is a party with a profound history and heritage, one of struggle and dignity that I deeply respect. It is woven into the fabric of India and I trust the party will make the best decision regarding who can lead us with courage, love and fidelity.

Immediately after resigning, I suggested to my colleagues in the Congress Working Committee that the way forward would be to entrust a group of people with the task of beginning the search for a new President. I have empowered them to do so and committed my full support to this process and a smooth transition.

My fight has never been a simple battle for political power. I have no hatred or anger towards the BJP but every living cell in my body instinctively resists their idea of India. This resistance arises because my being is permeated with an Indian idea that is and has always been in direct conflict with theirs. This is not a new battle; it has been waged on our soil for thousands of years. Where they see differences, I see similarity. Where they see hatred, I see love. What they fear, I embrace.

This compassionate idea permeates the hearts of millions and millions of my beloved fellow citizens. It is this idea of India that we will now vehemently defend.

The attack on our country and our cherished Constitution that is taking place is designed to destroy the fabric of our nation. In no way, shape or form am I stepping back from this fight. I am a loyal soldier of the Congress party and a devoted son of India and will continue to serve and protect her till my last breath.

We fought a strong and dignified election. Our campaign was one of brotherhood, tolerance and respect for all of India's people, religions and communities. I personally fought the Prime Minister, the RSS and the institutions they have captured with all my being. I fought because I love India. And I fought to defend the ideals India was built upon. At times, I stood completely alone and am extremely proud of it. I have learned so much from the spirit and dedication of our workers and party members, men and women who have taught me about love and decency.

A free and fair election requires the neutrality of a country's institutions; an election cannot be fair without arbiters — a free press, an independent judiciary, and a transparent election commission that is objective and neutral. Nor can an election be free if one party has a complete monopoly on financial resources.

We didn't fight a political party in the 2019 election. Rather, we fought the entire machinery of the Indian state, every institution of which was marshalled against the opposition. It is now crystal clear that our once cherished institutional neutrality no longer exists in India.

The stated objectives of the RSS, the capture of our country's institutional structure, is now complete. Our democracy has been fundamentally weakened. There is a real danger that from now on, elections will go from being a determinant of India's future to a mere ritual.

This capture of power will result in unimaginable levels of violence and pain for India. Farmers, unemployed youngsters, women, tribals, Dalits and minorities are going to suffer the most. The impact on our economy and nation's reputation will be devastating. The Prime Minister's win does not negate the breadth of corruption allegations against him; no amount of money and propaganda can ever hide the light of the truth.

The Indian nation must unite to reclaim and resuscitate our institutions. The instrument of this resuscitation will be the Congress party.

To achieve this important task, the Congress Party must radically transform itself. Today the BJP is systematically crushing the voice of the Indian people. It is the duty of the Congress Party to defend these voices. India has never and will never be one voice. It is and always will be a symphony of voices. That is the true essence of Bharat Mata.

Thank you to the thousands of Indians, both at home and abroad, who have sent me letters and messages of support. I will, of course, continue to fight for the ideals of the Congress Party with all my strength. I am available to the party whenever they require my services, input or advice. To those who support the Congress ideology, especially our dedicated and beloved karyakarta, I have absolute faith in our future and the utmost love for you. It is a habit in India that the powerful cling to power, no one sacrifices power. But we will not defeat our opponents without sacrificing the desire for power and fighting a deeper ideological battle. I was born a Congressman, this party has always been with me and is my life's blood and forever that way it shall remain.