On the first day of their Summit here, the leaders also asked private sector communication service providers to do the needful for removing hate content from the web. 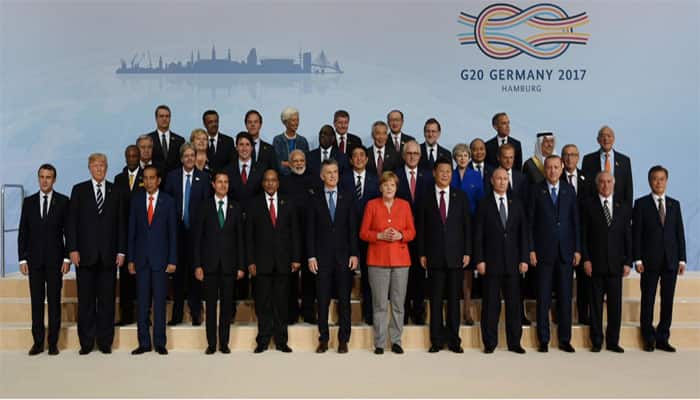 Hamburg: Leaders from the G20 nations, including Prime Minister Narendra Modi, today called for concrete steps to check radicalisation, hiring and arranging of funds for terror activities through misuse of internet and social media.

On the first day of their Summit here, the leaders also asked private sector communication service providers to do the needful for removing hate content from the web.

Asserting that the rule of law applies online as well as offline, the G20 leaders issued a 21-point joint declaration on various steps needed to be taken to fight terrorism.

The leaders called for countering radicalisation conducive to terrorism and the use of internet for terrorist purposes.

The counter terrorism actions must continue to be part of a comprehensive approach, including combating radicalisation and recruitment, hampering terrorist movements and countering terrorist propaganda, the declaration said.

To fight terrorism, the declaration said G20 nations would work with the private sector, in particular communication service providers and administrators of relevant applications.

This is to "fight exploitation of the internet and social media for terrorist purposes such as propaganda, funding and planning of terrorist acts, inciting terrorism, radicalising and recruiting to commit acts of terrorism, while fully respecting human rights," the declaration said.

The G20 leaders also underlined that appropriate filtering, detecting and removal of content that incites terrorist acts is crucial.

"... We also encourage collaboration with industry to provide lawful and non-arbitrary access to available information where access is necessary for the protection of national security against terrorist threats," they said.

"It is therefore crucial to promote political and religious tolerance, economic development and social cohesion and inclusiveness, to resolve armed conflicts, and to facilitate re-integration," the declaration said.

Noting that regional and national action plans can help in countering radicalisation conducive to terrorism, the leaders said knowledge on concrete measures would be shared to address threats from returning foreign terrorist fighters and home-grown radicalised individuals.

In recent times, many countries have been grappling with the problem of individuals returning from places like Iraq and Syria after terror training.

"We will also share best practices on deradicalisation and re-integration programmes including with respect to prisoners," it said.

Further, the G20 leaders said they would exchange best practices on preventing and countering terrorism and violent extremism conducive to terrorism.