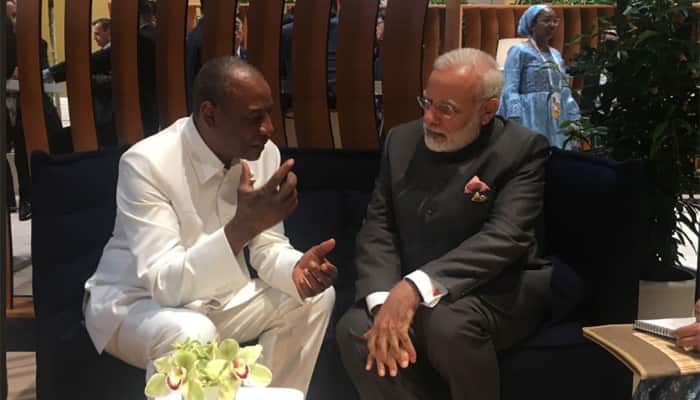 Highlighting India's multi-layered development partnership with Africa, he also said the country has been helping Africa build capacity as well as improve infrastructure.

Modi was speaking at a session on partnership with Africa, Migration and Health during the G20 Summit here.

According to a tweet by Ministry of External Affairs spokesperson Gopal Baglay, the prime minister highlighted India's multi-layered development partnership with Africa as priority and policy, including in building capacity and improving social, physical and IT infrastructure.

Modi stressed that dealing with forced external migration calls for debate and cooperative policy framework, adding that such a move is "must distinguish it from legal migration", as per a tweet by Baglay.

Lawyers need not worry on entry of foreign counterparts: CJI