A total of ten people, between the ages of 18-25 years, were arrested by the Delhi Police on February 12 (Wednesday) in connection with the incident. However, the Saket Court has released these 10 people on bail. 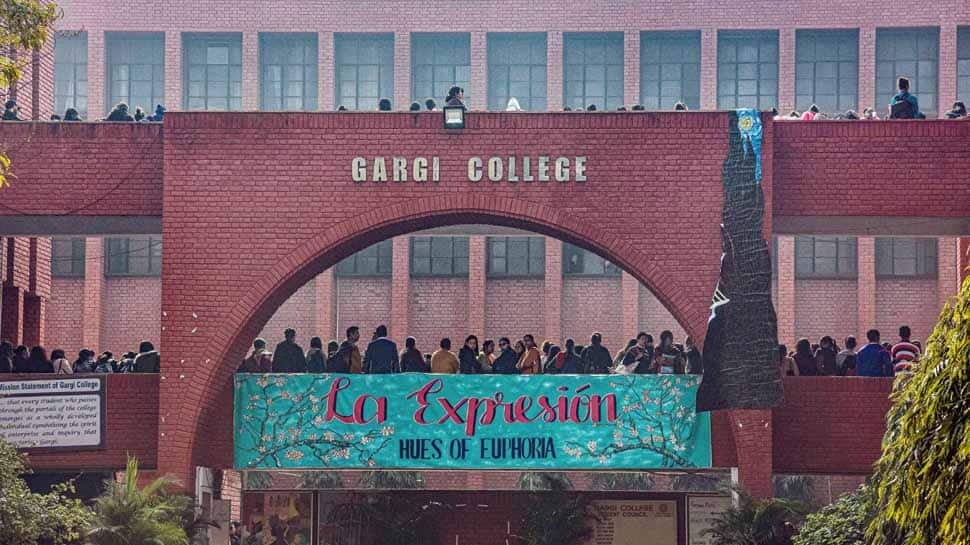 The Delhi Police on Thursday arrested two more people in connection with the alleged molestation of students during a cultural festival at the all-women Gargi College of the Delhi University in the national capital last week. A total of ten people, between the ages of 18-25 years, were arrested by the Delhi Police on February 12 (Wednesday) in connection with the incident. However, the Saket Court has released these 10 people on bail.

Over 11 police teams are dedicatedly working on all aspects of the case. These teams are also looking at the technical details available and visiting various sites in NCR to identify the suspects and investigate the case, the Delhi Police had said. Many people are being questioned and multiple suspects have been identified, the police added. The college authorities have also been spoken to by the investigating teams.

The Delhi Police on February 10 registered a case in connection with the incident. According to Atul Kumar Thakur, DCP (south), a case has been registered under IPC sections 452 (house-trespass after preparation for hurt, assault or wrongful restraint), 354 (assault or criminal force to woman with intent to outrage her modesty), 509 (word, gesture or act intended to insult the modesty of a woman) and 34 (acts done by several persons in furtherance of common intention).

A plea was filed in the Delhi High Court on Thursday seeking a court-monitored CBI probe into the alleged molestation of students during a cultural festival at the all-women Gargi College of the Delhi University in the national capital last week.

The petition, by advocate M L Sharma, has sought the preservation of all video recordings and CCTV camera footage of the college campus. It has also sought the arrest of the people behind the "planned criminal conspiracy".

Sharma, in his plea, has alleged that it was a planned political and criminal conspiracy hatched in the backdrop of the Delhi election and no action was taken after the incident. The petition further blamed the chief minister of Delhi for not taking any action against the accused.

"It is a clear criminal conspiracy hatched by the political party to deploy accused persons to provoke the Delhi public for effecting voting in their favour. Despite the presence of Delhi Police ... On February 6, neither principal nor other state authorities tried to stop and arrest the accused persons," the PIL claimed.

On February 6, a group of men broke into the Gargi College during the 'Reverie' fest and allegedly groped, harassed and molested the attendees, who claimed that security officials stood watching when the incident took place. The incident came to light after some students took to Instagram to narrate their ordeal and alleged that security personnel did nothing to control the unruly groups.

Besides the security arranged by the college, the area had Delhi Police and paramilitary personnel who were stationed there for the Assembly poll.