A former chief minister of J&K, Azad boarded a flight early in the morning from Delhi and reached Srinagar airport. Azad had said that he always visits the city at the end of the parliament session. 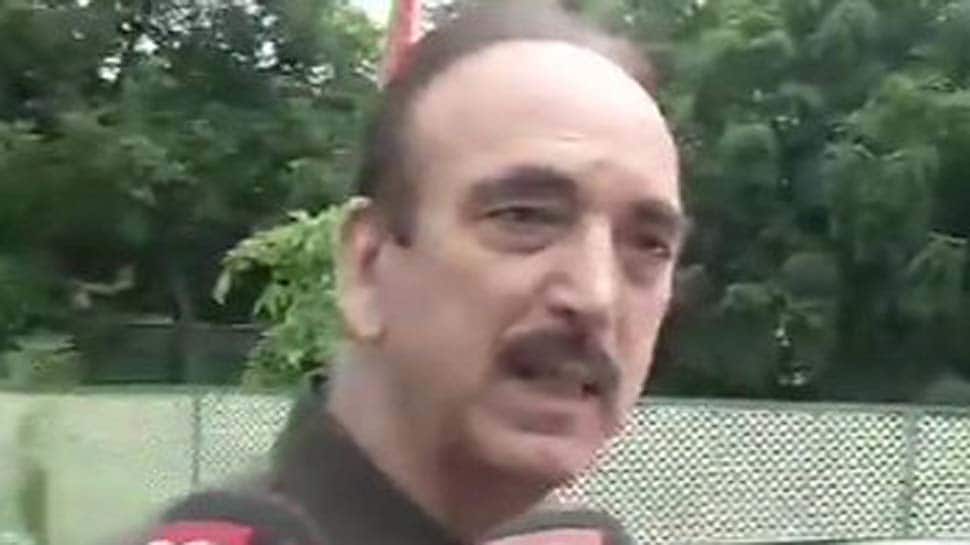 Senior Congress leader Ghulam Nabi Azad was on Thursday detained at the Srinagar Airport in Jammu and Kashmir, ahead of his visit to the newly established union territory after the scrapping of Article 370. Azad was sent back to the national capital at 3.30 pm via a Vistara flight, according to the administration. A former chief minister of J&K, Azad boarded a flight early in the morning from Delhi and reached Srinagar airport. Azad had said that he always visits the city at the end of the parliament session.

The move comes hours after Azad made a controversial remark on National Security Advisor (NSA) Ajit Doval interacting with locals in Shopian on Wednesday. Before leaving for J&K, Azad had said that anybody can be influenced by bribing (paise dekar aap kisiko bhi saath le sakte ho).

JDU leader RCP Singh criticised Ghulam's comment, adding that it was irresponsible of him to say so on Doval. Another party leader KC Tyagi called Ghulam Nabi's statement "third class", adding that it is an attempt to hamper the step towards progress in J&K.

Doval held a review of the security situation in Jammu and Kashmir. After the meeting on Tuesday, Doval submitted a report to Prime Minister Narendra Modi and Union Home Minister Amit Shah. The review was attended by senior stakeholders at the location and Doval also met the locals.

The NSA Advisor gave directions that the common person should not face any hardships. He added that essential food supplies, emergency assistance and provisions should be made available on priority to the people. The concerns of the people should be given topmost priority, added Doval.

The situation in Jammu and Kashmir is normal, according to Doval. There is peace and no untoward incident or agitation has taken place due to cooperation and support of local population. The people have also been moving about with their essential work, he added.