The Union Minister said that Rahul Gandhi is opposing the CAA and NRC but wants Pakistani Muslims and Rohingyas to come to India. 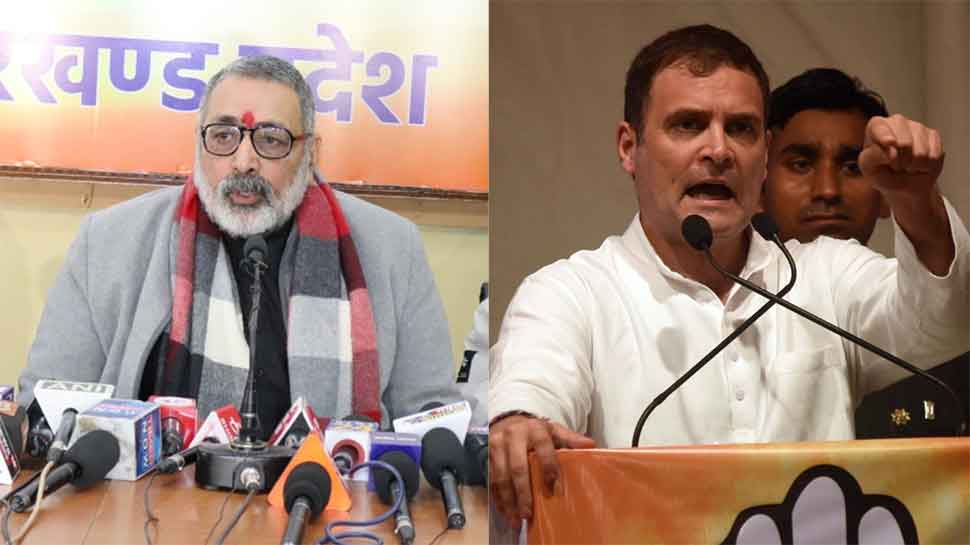 New Delhi: BJP's firebrand leader and Union Minister Giriraj Singh, who is known for his controversial statements, has alleged that former Congress President Rahul Gandhi is with Gajwa-e-Hind of Pakistan. He said that Rahul Gandhi is opposing the Citizenship Amendment Act and National Register of Citizens but wants Pakistani Muslims and Rohingyas to come to India so that they break this country.

The Union Minister attacked the former Congress president by sharing a post on social media. "Prime Minister Narendra Modi has shattered the intentions of Pakistan's Gajwa-e-Hind. Now, Rahul Gandhi wants to side with Gajwa-e-Hind. He wants Pakistani Muslims and Rohingyas to enter and divide the nation so that he can rule over the country," read the post.

Earlier on December 26, the Union Minister had said that the Opposition in India is attempting to divide the country and is trying to create a civil war. "What Mughals and Britishers could not do, that Rahul Gandhi, Congress, tukde-tukde gang and Owaisi want to do. They want to divide India. They want a civil war in India," Giriraj was quoted as saying by ANI.

He also accused the AIMIM leader of running Pakistan's agenda and said, "Owaisi is running Pakistan's agenda. What Pakistan has not been able to do since 1947, now it is using India's opposition as its tool to achieve its objective." The Union Minister further slammed Owaisi by alleging that the latter does not believe in law of the land and wants to burn India.

Giriraj also outlined that the National Register of Citizens was introduced during the Congress rule. "The opposition is creating an uproar on National Population Register (NPR) but it came when Congress' P Chidambaram was the Home Minister in 2010. If they do it then it is a good deed but when we do it, it is evil," he said.