Lobo had resigned as Deputy Speaker of the Goa Legislative Assembly earlier in the day. 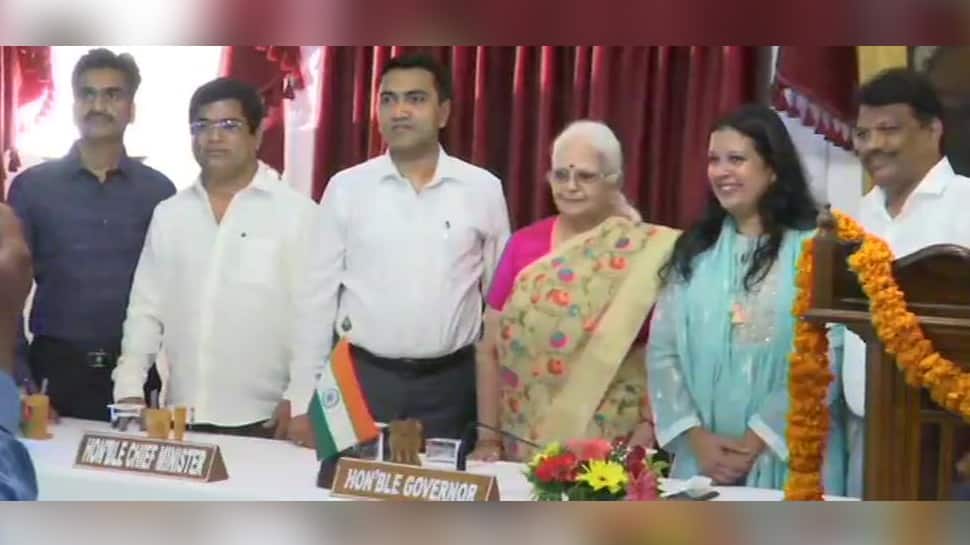 The expansion of the Goa cabinet took place on Saturday as a total of three Congress rebels and a Bharatiya Janata Party (BJP) MLA took oath as ministers at the Raj Bhavan, Panaji, days after ten Congress MLAs switched sides to join the BJP. The rebels who joined the Cabinet are--Chandrakant Kavlekar, Jennifer Monserrate and Filipe Nery Rodrigues, and the lone BJP MLA who was sworn-in is Michael Lobo. Lobo had resigned as Deputy Speaker of the Goa Legislative Assembly earlier in the day.

Kavlekar, a former leader of Opposition, is likely to be appointed as the deputy chief minister. The development comes after four ministers -- Deputy Chief Minister Vijay Sardesai, Rohan Khaunte, Vinod Paliencar, and Jayesh Salongakar were sacked from the ministry to accommodate the Congress MLAs who defected to the BJP.

On July 10, Chief Minister Pramod Sawant had gone to Delhi along with 10 MLAs to meet senior BJP leaders including working president JP Nadda and Home Minister Amit Shah to discuss the development. Following this, the rebel MLAs led by Kavlekar had joined the BJP.