Google celebrated the 73rd Indian Independence Day with a doodle on Thursday, August 15. The doodle is an amalgam of little images denoting various aspects of the country. 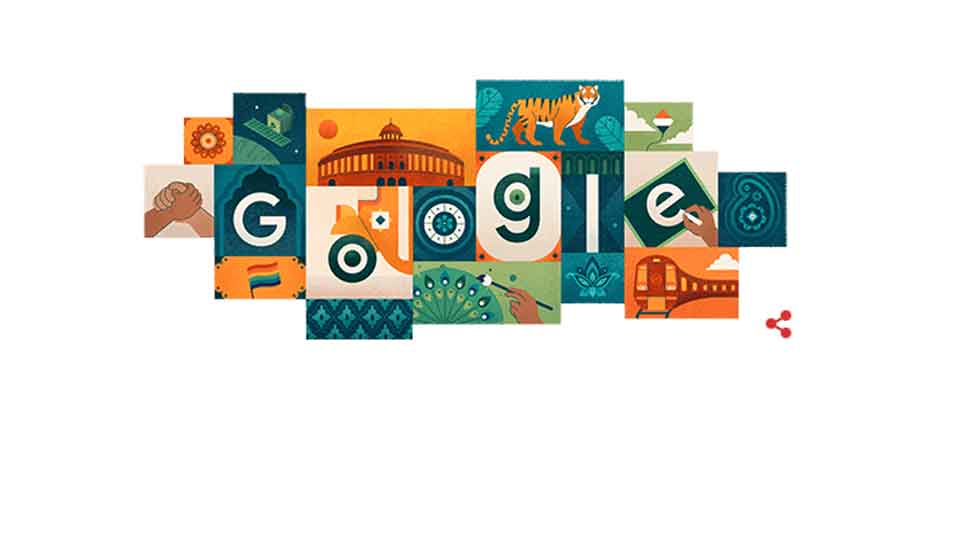 Google celebrated the 73rd Indian Independence Day with a doodle on Thursday, August 15. The doodle is an amalgam of little images denoting various aspects of the country.

The doodle has been created by India-born, Copenhagen-based guest artist Shaivalini Kumar.

"On this day in 1947 one of the world’s oldest and most ethnically diverse civilizations became a sovereign nation, free from British rule. The Doodle depicts traditional motifs from Indian textiles evoking the complex yet harmonious “patchwork” of Indian culture, ranging from education, to the arts, to courage and compassion," wrote Google.

"India is the world’s second most populous country, and many of its 1.3 billion citizens will join in the Independence Day festivities. While the subcontinent marks the occasion in various ways—from patriotic kite-flying to Amritsar’s “beating retreat” ceremony—no site is more historically significant than Lahori Gate at the Red Fort in Delhi, where then Indian prime minister Jawaharlal Nehru first addressed the newly independent nation," it added.

"India’s flag will be seen flying proudly today from Delhi to Bombay and everywhere in between. As the flag is raised each year, a 21-gun salute rings out, accompanied by the national anthem 'Jana Gana Mana.' Parades, awards, and cultural events complete the momentous occasion.