Zohra Segal has received honours like the Padma Shri (1998), the Kalidas Samman (2001), and the Padma Vibhushan (2010). The special doodle on Zohra Segal is designed by artist Parvati Pillai. 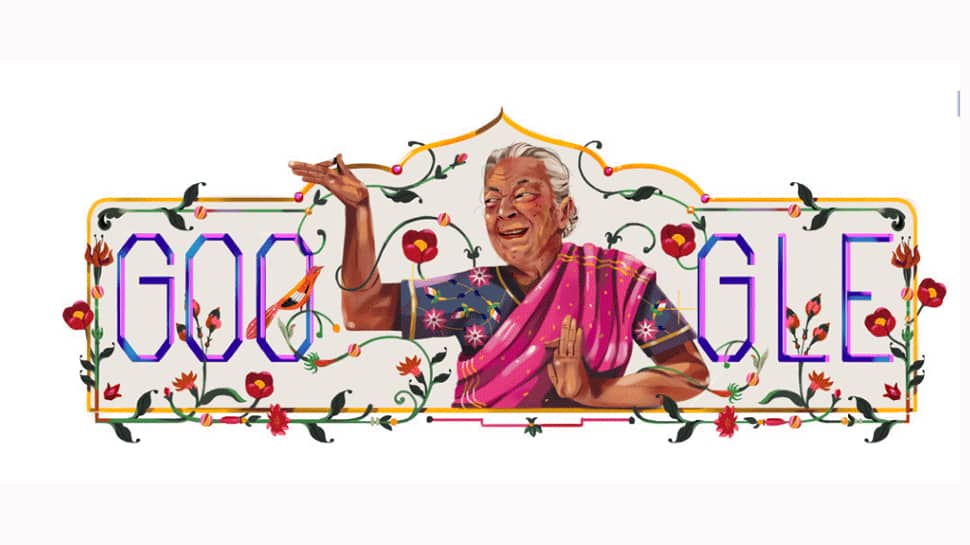 The full name of Zohra Segal was Sahibzadi Zohra Begum Mumtaz-ullah Khan. She was born in  Saharanpur, India on April 27, 1912 . She attended a prestigious ballet school in Dresden, Germany in her early 20s and later toured internationally with the Indian dance pioneer Uday Shankar. After she returned to India, she transitioned to acting, joining the Indian People’s Theatre Association in 1945.

Segal got recognition on internation stage after she moved to London, England in 1962 and worked in British television classics like “Doctor Who“ and the 1984 miniseries “The Jewel in the Crown.”

The guest doodle artist Parvati Pillai when asked on why this topic meaningful to her, she replied, ''Zohra Sehgal is admired across generations for her acting and loveable personality. She overcame social and cultural stereotypes with her sheer tenacity and infectious passion from a very young age. She is an inspiration not just for women everywhere, but for anyone who wants to follow their own path! I grew up watching her as the evergreen granny and have been enthralled by her love for acting and dancing, especially in her twilight years. She taught me what it meant to be passionate about my work and to never be afraid of new challenges.''

Pillai said that she drew inspiration from her trademark smile, vintage Bollywood posters, and ornate patterns from Indian architecture to prepare the doodle.