Gorakhpur MP detained during protest for SC status for Nishads

Gorakhpur MP Praveen Nishad and people from the community were staging a demonstration in Bhagwanpur area. 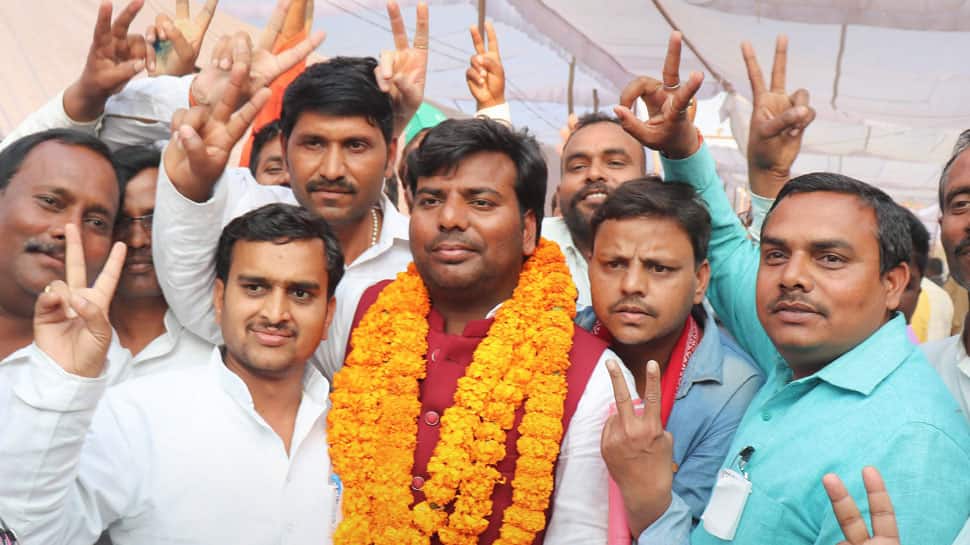 GORAKHPUR: The Uttar Pradesh parliamentarian from Gorakhpur and 20 others were detained on Thursday while staging a demonstration for granting reservation to the Nishad community under the Scheduled Caste category, police said.

Gorakhpur MP Praveen Nishad and people from the community were staging a demonstration in Bhagwanpur area.

Nishad said they were going towards the 'mini office' of Chief Minister Yogi Adityanath at the Gorakhnath temple to hand over a memorandum, but the police used force and stopped them.

"The police had used batons on us. Around 100 people were injured... I have also received injuries at my hand. We were demonstrating for our constitutional right," he said, adding that even an MP was not safe under the Adityanath government.

Senior Superintendent of Police (SSP) Sunil Gupta said the protesters had permission for the programme in Bhagwanpur only. The SSP said when the protesters started marching towards the temple, the police tried to stop them but they did not listen.

To disburse the crowd, water cannon was used first and when it didnt work out, "light force" was used, the officer added.

Nishad had last year won the bypoll to the Gorakhpur parliamentary constituency on a Samajwadi Party ticket with the support of the Bahujan Samaj Party. The bye-election was necessitated after Adityanath vacated the seat when he became the chief minister.