Government acting as if farmers are inferior to the rich: Rahul Gandhi

Rahul Gandhi expressed unhappiness over the Union Budget 2019-20 for not taking "concrete" steps to provide relief to the farmers and requested the Central government to fulfil the commitments made by Prime Minister Narendra Modi. 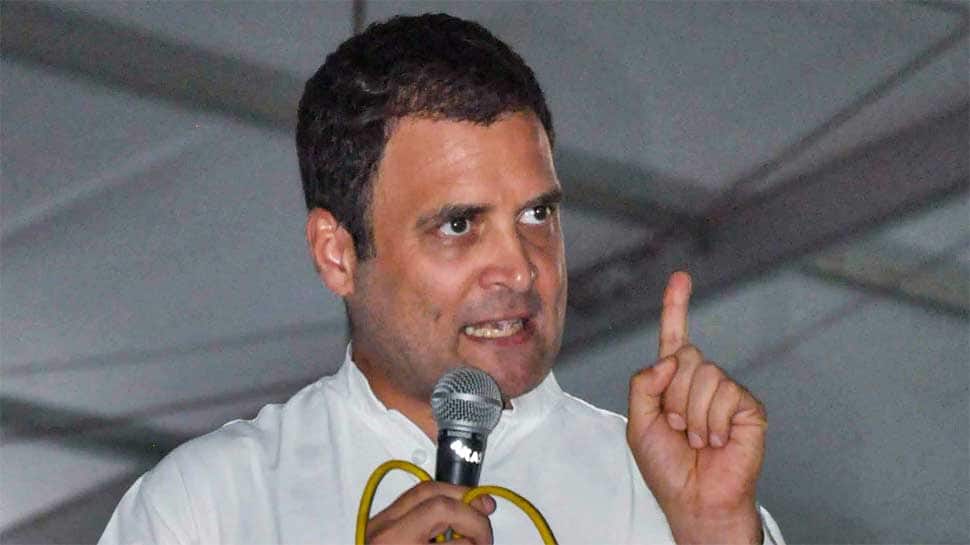 New Delhi: Congress leader Rahul Gandhi on Thursday accused the central government of adopting "double standards" and taking decisions as if "farmers are inferior to the rich". Raising the issue of farmer suicides in the Lok Sabha, Gandhi said that farmers were suffering throughout the country.

He expressed unhappiness over the Union Budget 2019-20 for not taking "concrete" steps to provide relief to the farmers and requested the Central government to fulfil the commitments made by Prime Minister Narendra Modi.

Rahul accused the Centre of neglecting the farmers by giving them only Rs 4.3 lakh crore in tax concessions compared to "rich businessmen" who he alleged had got a loan waiver of Rs 5.5 lakh crore. "Why is this shameful double standard? Why does the government act as if our farmers are inferior to the rich?"

He went on: "The Prime Minister made certain commitments five years ago to the farmers on prices and farm loans. As there is a terrible situation for the farmers in this country, I would request the government to fulfil these commitments. I was sad to see that no concrete step was taken in this budget to provide relief to the farmers."

Drawing attention to the "terrible plight" of farmers in Kerala, Rahul said a farmer in Wayanad, from where he was elected to the Lok Sabha, committed suicide on Wednesday due to his debt.

"In Wayanad alone bank notices for non-payment of loans have been given to almost 8,000 farmers. The farmers are facing threat of immediate eviction. Their properties are attached against the bank loans. This is resulting in a spate of farmer suicides," said Rahul.

The Securitisation and Reconstruction of Financial Assets and Enforcement of Securities Interest Act, 2002 (also known as the SARFAESI Act) allows banks and other financial institution to auction residential or commercial properties of loan defaulters.

In Kerala, he said, 18 farmers had committed suicide since banks began their recovery procedures one-and-a-half years ago.