The award will recognise the notable and inspiring contributions to promote the cause of national unity and integrity and reinforce the value of a strong and united India. 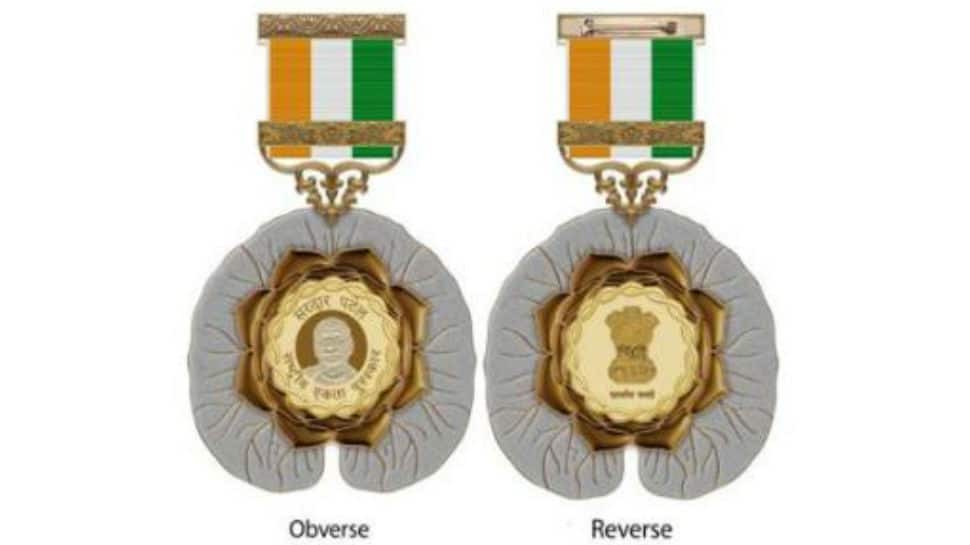 New Delhi: The government has instituted Sardar Patel National Unity Award for outstanding contribution of an individual, institution or group for the unity and integrity of India.

"A notification instituting the Sardar Patel National Unity Award was issued by the Ministry of Home Affairs on September 20. This award is the highest civilian award in the field of contribution to the unity and integrity of India, in the name of Sardar Vallabhbhai Patel," an official release said on Wednesday.

The award will recognise the notable and inspiring contributions to promote the cause of national unity and integrity and reinforce the value of a strong and united India.

The decoration of the Award is given below: 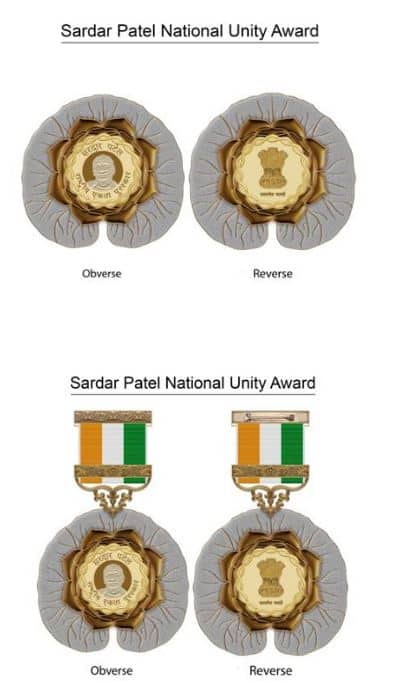 The award will be announced on the occasion of the National Unity Day on October 31, the birth anniversary of Sardar Patel. It will be conferred by the President along with the Padma awards ceremony held in Rashtrapati Bhawan, the release said.

The release said, "The award will consist of a medal and citation only. No cash will be attached to the award. Not more than three awards will be given in a year".

The award will be presented every year and any institute or individual can file the nomination on the official website specifically designed by the Ministry of Home Affairs.