Paswan said though this issue has been raised regularly by some RSS and BJP leaders, the prime minister had never raised this matter once during his tenure so far and this is good. 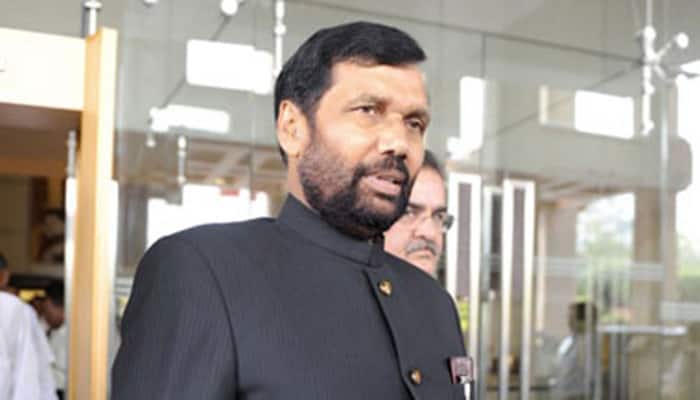 BENGALURU: Union Minister and Lok Janshakti Party supremo Ram Vilas Paswan Monday said the BJP-led government at the Centre was not thinking of bringing in an ordinance on construction of Ram temple at Ayodhya, adding that government would prefer to take a stand on this matter only after the Supreme Court's verdict on this matter.

"I am happy that Prime Minister Modi has told Parliament that the government will wait for the Supreme Court's verdict on Ram Mandir and act accordingly. It is a closed chapter and hence there is no question of bringing in an ordinance or legislation in Parliament," Paswan was quoted as saying by PTI.

Paswan said though this issue has been raised regularly by some RSS and BJP leaders, the prime minister had never raised this matter once during his tenure so far and this is good.

Referring to the government's decision to confer Bharat Ratna to former President Pranab Mukherjee, Paswan told PTI that no one should rake up any row over this because the award was not announced by the BJP or RSS but by the government.

"There should not be any question of controversy on conferment of Bharat Ratna on Pranab Mukherjee. The award has been declared by the government, not BJP or RSS," he added.

He also took a dig at those who are alleging that the former President got the highest civilian award because he attended an RSS event. He added that many top Congress leaders have attended RSS events in the past.