The MHA sources also rejected reports about the implementation or introduction of National Register of Citizens (NRC), saying it is premature to say anything right now on NRC. 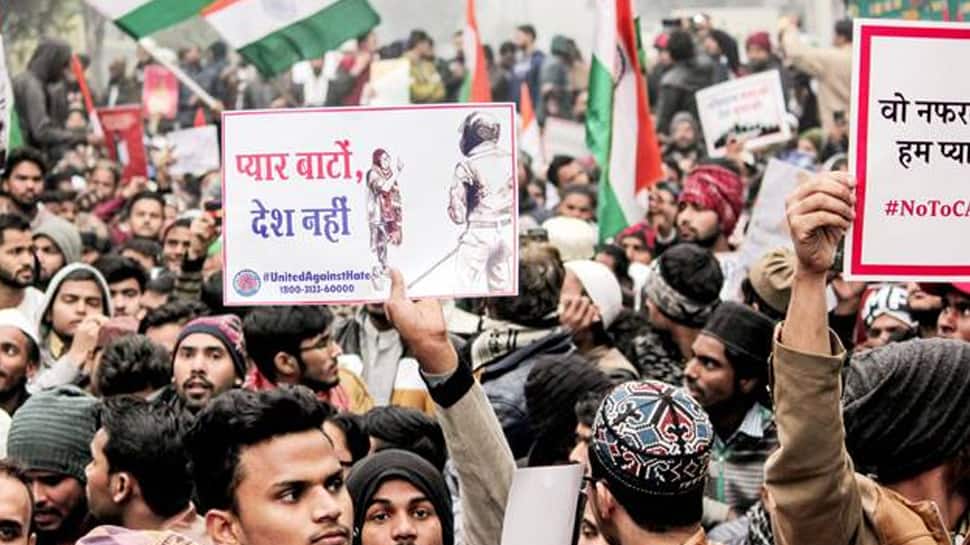 NEW DELHI: Amid large-scale protests over Citizenship (Amendment) Act (CAA) in several states, the Home Ministry sources on Friday said that the government is ready to accept suggestions, if any, from those who are staging protests against the law.

Those who have objections to the law can give their suggestions to the Home Ministry, the MHA sources said adding that those suggestions will be incorporated as the rules are yet to be framed.

On the ongoing protests over the CAA, the MHA sources that the CAA Bill was brought only after consultation with all parties. ''There were there were discussions. But they have the right to go to court and the people have right to protest too. Those who want to give suggestions can give, we're in process of framing the rule,'' the MHA sources said.

While assuring that the interests of minorities and all Indian citizens will be protected, the MHA sources said that anyone born in India before 1987 or whose parents were born before 1987 is a bona fide Indian citizen according to law; so there is no need to worry due to Citizenship Amendment Act or possible countrywide NRC.

They also rejected reports about the implementation or introduction of National Register of Citizens (NRC), saying it is premature to say anything right now on NRC.

To a question on some states denying implementation of Citizenship Amendment Act, the MHA sources said, ''the implementation of the Act is under Centre. We'll finalise who all will be involved in implementation. It'll be digital and easy process so that people don't face any problem.''

A senior government official on Friday said that the ongoing protests against CAA are being strongly backed by 59 political parties which have also moved the Supreme Court against the controversial law.

The official added that the internet was blocked in certain areas on Thursday looking at law and order situation as people had started gathering near the Red Fort.

The development came as the ongoing anti-CAA protests turned violent in Uttar Pradesh where protesters went on a rampage in six districts, pelting stones at the police, setting vehicles on fire and ransacking a number of police outposts.

Protesters pelted stones at the police, set motorbikes and cars on fire and ransacked police outposts in Hardoi and Farrukhabad. In return, the police fired tear gas shells and lathicharged protesters.

In Deoband, though, the protests were relatively non-violent. The stir across Uttar Pradesh are a part of several such protests that have seized cities across the country since Sunday. Protests were being held in scores of cities including Delhi, Gujarat, Patna, Bengaluru, Mumbai, Bhopal, Thiruvananthapuram, Chennai and Patna.

Security has also been beefed up across Uttar Pradesh, as police have registered 19 FIRs against unknown people, of whom 17 are `named` including Samajwadi Party (SP) leader Shafiqur Rahman Barq in Sambhal district in connection with the violence during Thursday`s protest.

At least 3,000 people across the state, including 350 in Lucknow, have been arrested since Thursday night in connection with the violence against the recently amended citizenship law, police officials said on Friday.

Internet services have been shut down in 15 districts, including the capital, even Direct-to-Home (DTH) services were also snapped for sometime, police added.