The Ram Janambhoomi Nyas is the owner of as much as 42 acre of the acquired non-disputed land. 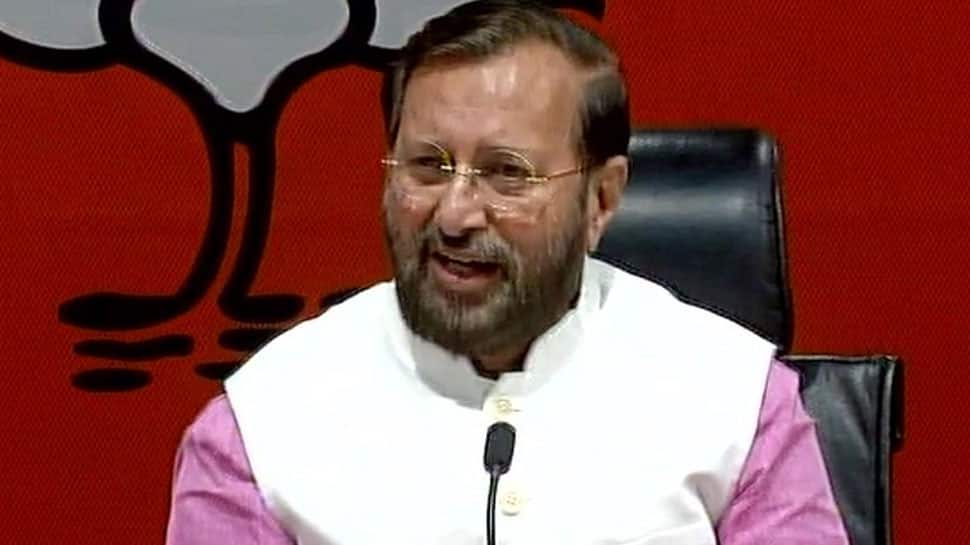 NEW DELHI: Defending the Centre's plea in the Supreme Court to return excess land acquired by it in Ayodhya to their original owners, the BJP on Tuesday clarified that the Centre is not touching the disputed area.

Speaking on behalf of the party, Union Minister Prakash Javadekar told reporters that it would be up to Ram Janmabhoomi Nyas what it does with the land returned to it and the government would not interfere in that.

Addressing a press conference on the issue, Javadekar said, ''BJP always maintained that Ram temple be built on Ram Janmabhoomi. Whatever legal measure is required, BJP will try for that. PM had clarified that people want temple but the matter is sub-judice and measures will be taken accordingly. Today's application in the SC is also a legal decision.''

P Javadekar,BJP: BJP always maintained Ram temple be built on Ram janmabhoomi.Whatever legal measure is required,BJP will try for that. PM had clarified that ppl want temple but matter is sub-judice&measures will be taken accordingly. Today's application is also a legal decision. pic.twitter.com/pCC6fCsluE

''Kapil Sibal's argument of allotting a date for hearing in the matter only after July 2019 is enough to prove that. They don't believe in Ram. The affidavit submitted by the then Congress government on Ram Setu called it 'imaginary,'' the minister said.

The remarks from the Union HRD Minister came after the Centre on Tuesday moved the Supreme Court seeking its permission to return the excess or superfluous land around the disputed Ram Janambhoomi Babri Masjid site to original owners, including the Nyas.

In its plea, the government sought modification of 2003 SC order to allow it to return to original owners the 67.390 acre of "non-disputed" acquired land around the disputed Ram Janambhoomi Babri Masjid structure in Ayodhya.

The Ram Janambhoomi Nyas (RJN) is the owner of as much as 42 acre of the acquired non-disputed land.

The application filed by the BJP-led NDA government on Tuesday claimed that only 0.313 acre land on which the disputed structure stood before the demolition was disputed portion of the land.

"The applicant (Centre) is filing this application seeking permission of this court to permit the applicant to fulfil the duty to revert/restore/hand over the excess/superfluous land acquired under the Acquisition of Certain Areas of Ayodhya Act, 1993," the plea said.

It sought modification of the apex court order of March 31, 2003, by which the Central government was directed to maintain the "status quo" with regard to entire land including the non-disputed acquired plots.

The Modi government, in its 33-page application, said that modification would enable it to determine "the exact extent of land required from out of the superfluous/ excess land to ensure that the successful party in the dispute pending regarding the 'disputed land' can have proper access to and enjoyment of rights in the disputed land."

Referring to the earlier order of March 31, 2003, the Ministry of Home Affairs (MHA) said that the apex court instead of "confining the order of status quo to the disputed land" had extended the restraining order to adjacent acquired land also.

The Centre also referred to the Supreme Court's verdict in the 1994 Ismail Faruqui case, saying the top court had observed that if the Centre wanted to return the acquired land to its original owners then it may do so.

"The Constitution Bench of this Court has held that the superfluous area which is other than the disputed area of 0.313 acres shall be reverted/ restored to its original owners," the plea said.

The plea has said the Ram Janambhoomi Nyas (a trust to promote construction of Ram Temple) had sought a return of excess land acquired in 1991 to original owners.

"One party namely Ram Janmbhoomi Nyas whose land measuring approximately 42 acres [which is a part of the superfluous/excess land] was acquired, has moved an application relying on the constitution bench judgment of this court," the plea said.

The Centre in its fresh plea has sought modification of the apex court order of 2003 in which it had directed to maintain status quo with regard to the acquired land.

"The Applicant is seeking permission of this court to discharge its duty as earmarked in the judgment of the constitution bench by suitably modifying /vacating the order dated 31.3.2003," the plea said.

The central government in 1991 had acquired 67 acre land including the disputed site.

The Centre has said in its plea that it has no objection in returning the land to its actual owners.

"The central government has no objection in principle if the superfluous land is restored to RJB Nyas as well as other owners after determining the extent of land required for proper access to and enjoyment of rights in the disputed area by preparing a plan map,'' it said in its plea.

Fourteen appeals have been filed in the apex court against the 2010 Allahabad High Court judgement, delivered in four civil suits, that the 2.77-acre land be partitioned equally among three parties -- the Sunni Waqf Board, the Nirmohi Akhara and Ram Lalla.

Union Minister for Law and Justice Ravi Shankar Prasad had on Monday disapprove of the slow pace of hearing on the Ayodhya title suit in the Supreme Court and appealed to it for an "expeditious decision" as had been done in the matters related to adultery and Sabarimala temple.

Prasad qualified his views with the remark that he spoke as a citizen and not as the Law Minister.

His remarks came a day after the Supreme Court Sunday cancelled the January 29 hearing in the politically sensitive Ram Janambhoomi-Babri Masjid land title dispute case as one member of the five-judge Constitution bench would not be available.

The Supreme Court had on Sunday cancelled the hearing scheduled for Tuesday in the title dispute case due to non-availability of Justice S A Bobde, one of the five judges of the Constitution bench.