Sushma Swaraj’s brother and sister-in-law left for the national capital shortly after the news of her demise was confirmed on Tuesday night. 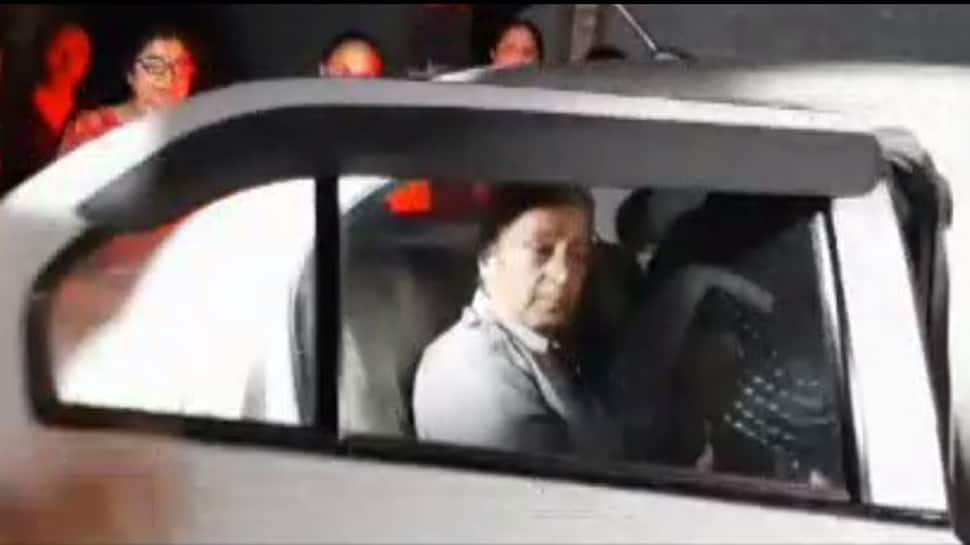 Bharatiya Janata Party (BJP) stalwart and former external affairs minister Sushma Swaraj died on Tuesday evening, sending shockwaves across the country. Soon after the news of her sudden demise reached her home town Ambala Cantt in Haryana, people from across the town converged outside her native residence.

Residents of the town met her family members and extended their support to them in these difficult times. Expressing grief over the popular leader’s demise, they said that it was hard for them to believe that Sushma Swaraj was no more.

Sushma Swaraj’s brother and sister-in-law left for the national capital shortly after the news of her demise was confirmed on Tuesday night.

Ambala Cantt is the place where the BJP stalwart spent her childhood, and the period of her life before she made her political debut with the Akhil Bharatiya Vidyarthi Parishad (ABVP). In 1990, when Sushma Swaraj made a foray in national politics, she moved from her hometown to Delhi.

The beloved leader, who had an identity of being an easily-accessible External Affairs Minister, breathed her last at around 9 pm at the All India Institute of Medical Sciences (AIIMS) in the national capital on Tuesday.

Defence Minister Rajnath Singh, BJP working president JP Nadda and Union ministers Nitin Gadkari and Prakash Javadekar were among the first to reach the hospital after the BJP stalwart’s demise. Tributes from in from all corners. Prime Minister Narendra Modi said that her demise was an end of a glorious chapter of Indian politics.