PM Modi said that no matter whether the PM chair remains with him or not, he has decided that either he will be alive or the terrorists. 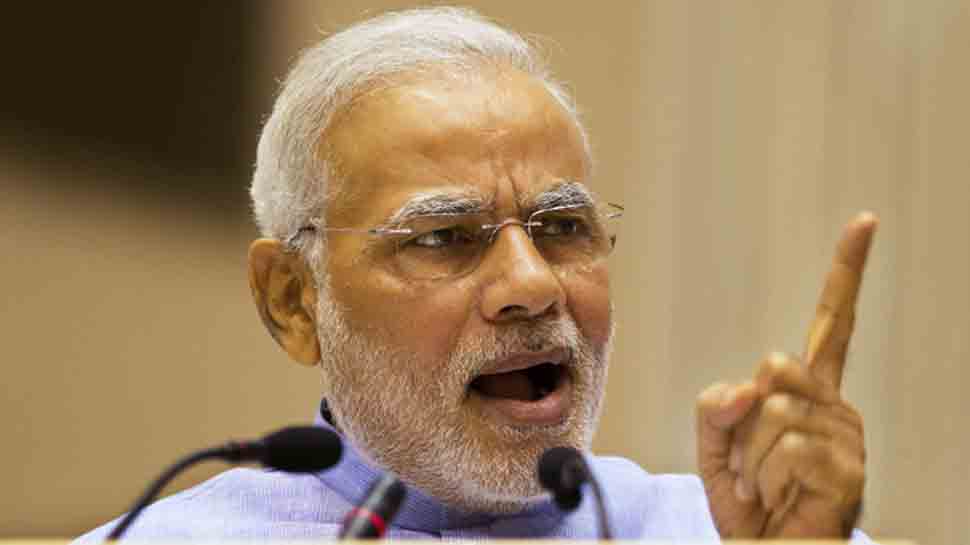 New Delhi: Prime Minister Narendra Modi on Sunday said he had warned Pakistan of severe consequences if Wing Commander Abhinandan Varthaman was not returned to India safe and sound. PM Modi, who was addressing a rally in Gujarat's Patan today said, "We held a press conference and warned Pakistan that if anything happened to our pilot, you will keep telling the world what Modi did to you."

PM Modi said that a senior American official had mentioned on the second day after Abhinandan was captured by Pakistan that Modi had kept 12 missiles ready and may carry out an attack if the situation deteriorates. "Pakistan announced the return of the pilot, or else it was going to be a 'Qatal ki Raat'," Modi said.

Asserting his government's commitment towards national security, he asserted that whether the Prime Minister's chair remains or not, he has decided that either he will be alive or the terrorists.

PM Modi said the after the Pulwama attack took place, in which 40 CRPF troopers had lost their lives. people expected him to carry out an air strike at terror camps in Pakistan. "When Pulwama happened, what did the country expect Modi to do? Would you, would the country have pardoned me had I done what the Manmohan Singh government did after 26/11," he asked.

Calling himself a devotee of Lord Hanuman, Modi said that he announced giving a free hand to the military who then conducted an airstrike putting an end to Pakistan's story.

Hitting out at the opposition parties, Modi said the Balakot strike made them uncomfortable. "While Pakistan was repeatedly saying that "India bombed us", here, some people were questioning if this was India's Balakot. But they were proved false," he said.

Taking on the Congress for questioning the bravery of India's military force, Modi asked people at the rally if any Congress leader questioned the government for air strike proof after the conclusion of first two phases of Lok Sabha election, saying that they clearly got an idea about it. Slamming Congress further, Modi added that "since 1985, it did not care about securing Gujarat, a state bordering Pakistan, which needs Air Force, Army and Navy bases."

"Congress ran the government for 60 years and the country reached 11th position in the world ranking. This chai-wallah, who only knew how much money to return for two cups of tea, brought India to the sixth position in five years," PM Modi said.

PM Modi appealed to people of Gujarat to make the BJP victorious in the Lok Sabha election saying it is their duty to take care of the 'son of the soil' and give all 26 seats in Gujarat to him."