Hamirpur, Pala, Dantewada and Badharghat by-election results to be declared on Friday

The by-election in four assembly seats in Chhattisgarh, Kerala, Tripura and Uttar Pradesh – Dantewada, Pala, Badharghat and Hamirpur – respectively was held on September 23. 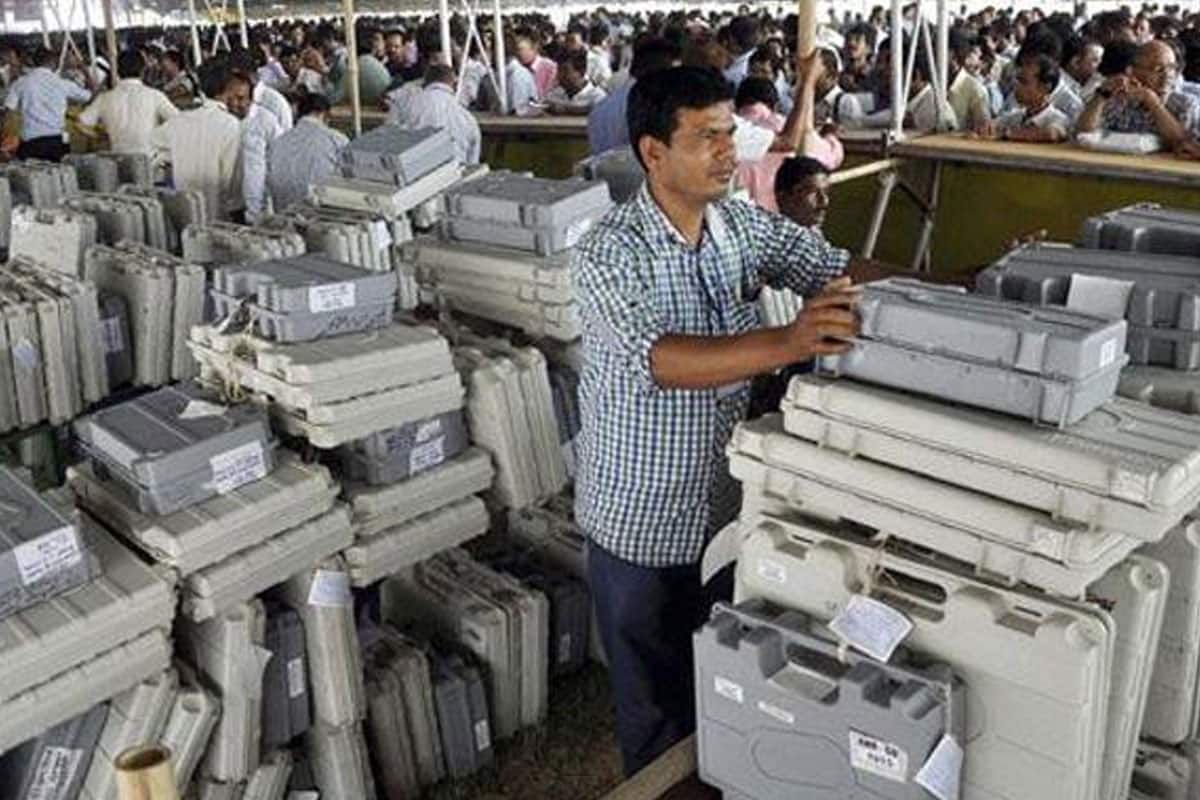 NEW DELHI: The counting of votes for the by-election held recently in four assembly seats in Chhattisgarh, Kerala, Tripura and Uttar Pradesh will be held on Friday.

Following an announcement by the Election Commission, the by-election in four assembly seats - Dantewada, Pala, Badharghat and Hamirpur respectively - in Chhattisgarh, Kerala, Tripura and Uttar Pradesh was held on September 23.

The bypoll to the Naxal-affected Dantewada Assembly constituency was necessitated due to the death of BJP MLA Bhima Mandavi in a Naxal attack in April.

A massive security blanket of around 18,000 personnel, including those from paramilitary forces, and drones was thrown around the Dantewada Assembly segment, which is part of the insurgency-hit Bastar region, for conducting peaceful polling. Nine candidates were in the fray for the seat, which was the only one in Bastar division that the Bharatiya Janata Party (BJP) managed to win in last year's Assembly election.

Both the ruling Congress and the BJP fielded candidates who have been victims of Naxal violence, with the former pitting Devi Karma, wife of senior party leader Mahendra Karma who was killed in the Jhiram Valley attack in 2013, against the latter's Ojaswi Mandavi, wife of slain MLA Bhima Mandavi.

The by-election in Kerala's Pala was necessitated due to the death of former Finance Minister and Kerala Congress (M) leader KM Mani, who had held the constituency for more than five decades.

While the ruling LDF had fielded its ally, NCP's leader, Mani C Kappen as its candidate, Jose Tom Pulikkunnel of Kerala Congress was the candidate of the Congress-led UDF. BJP's Kottayam district president N Hari is the NDA candidate.

The by-election to the Badharghat constituency in Tripura was necessitated due to the death of ruling BJP MLA Dilip Sarkar in April this year.

The BJP had fielded Mimi Majumder for the seat while Bulti Biswas contested as the CPI (M) candidate. Ratan Das was fielded by the Congress.