Sushma Swaraj wanted to pay Hairsh Salve a fee of Re 1 for his successful representation of India at the International Court of Justice in the Kulbhushan Jadhav case. 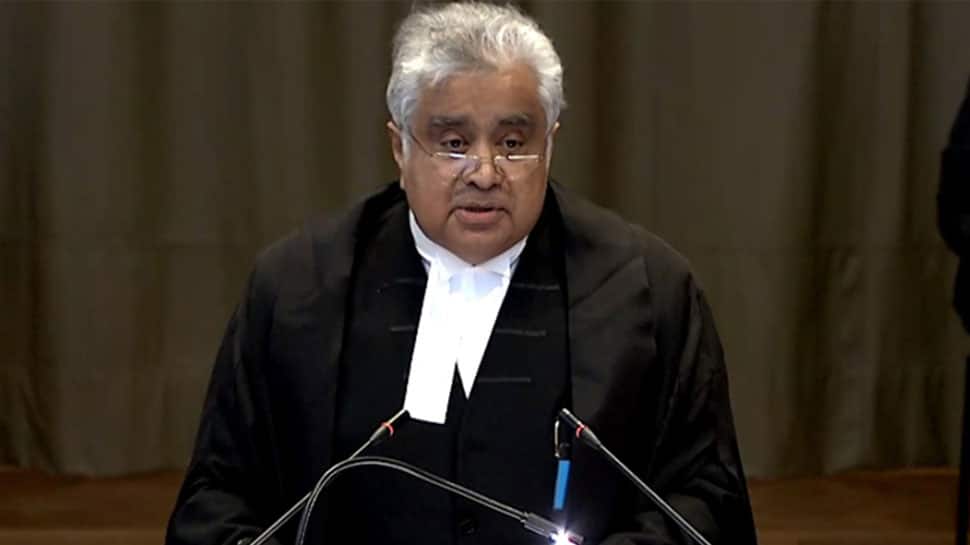 Senior advocate Harish Salve on Wednesday said that he had a conversation with former external affairs minister Sushma Swaraj “just 10 minutes” before she suffered a cardiac arrest. Speaking to news agency ANI, Salve said that the Bharatiya Janata Party (BJP) leader asked him to come to her residence and collect a fee of Re 1.

Sushma wanted to pay Salve a fee of Re 1 for his successful representation of India at the International Court of Justice in the Kulbhushan Jadhav case. The senior lawyer said that he was “stunned” when he heard about the former minister’s death.

“For me, Sushma Swaraj ji was an elder sister. I was simply stunned yesterday on hearing about her demise. At 8:45 pm I had a talk with her. She said 'you have to come and take your fees of Re. 1 for Jadhav case'. Just 10 minutes post that, she had cardiac arrest,” said Salve.

At the International Court of Justice, Salve had successfully argued on behalf of India, following which the court had ordered Pakistan to grant New Delhi consular access to Kulbhushan Jadhav.

Sushma Swaraj was rushed to All India Institute of Medical Sciences (AIIMS) after she complained of restlessness. She reached AIIMS at 9.35 pm, and doctors attended to her immediately. They administered Cardiopulmonary resuscitation (CPR) on her at first and then waited for about 30 minutes, which is a part of the protocol in such cases. The second CPR was administered after half-an-hour.

Tributes have poured in for Sushma Swaraj from all across the country as well as abroad. President Ram Nath Kovind, Prime Minister Narendra Modi, Home Minister Amit Shah and former prime minister Manmohan Singh, among others, paid their last respects to the political stalwart at her residence in Delhi.

Eight records in the name of Sushma Swaraj