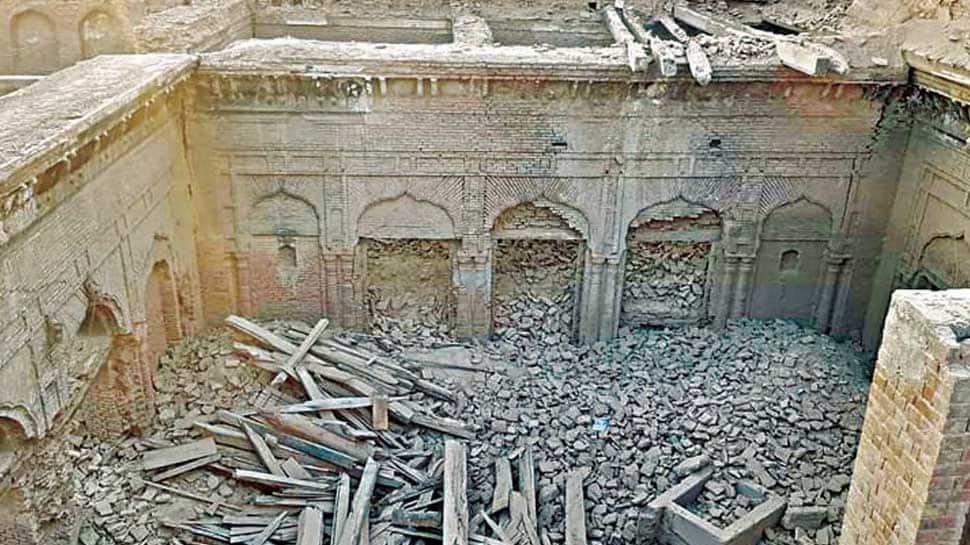 In a tweet late Monday night, she said: "I join the Sikh community in condemning the demolition of historical Guru Nanak Palace in Pakistan`s Punjab province by some vandals in connivance with Auqaf authorities." She urged Prime Minister Modi to strongly take up the matter, which has deeply anguished the Sikh community, with Pakistan Prime Minister Imran Khan.

Believed to have been constructed with bricks, sand, clay and limestone over four centuries ago in Bathanwala village, about 100 km from Lahore, the four-storey Palace of Baba Guru Nanak was frequented by Sikhs from across the world, including India, Dawn newspaper reported. The walls surrounding the building showcased pictures of Sikhism founder Guru Nanak as well as of various Hindu rulers and princes.

There were 16 large rooms in the building, all of which had at least three beautiful doors and as many as four ventilators. The rooms had large broad walls with cupboards in them with wooden doors and flowers carved on them, the Dawn reported. The building was demolished by the vandals, who also sold off its precious windows, doors and ventilators, the report said.