Haryana Police on Thursday accepted Indian wrestler Babita Phogat's, who recently joined the Bharatiya Janata Party (BJP), resignation from the post of a police officer in the state.

Chandigarh: Haryana Police on Thursday accepted Indian wrestler Babita Phogat's, who recently joined the Bharatiya Janata Party (BJP), resignation from the post of a police officer in the state.

Babita had resigned from her post of an inspector in the state police on August 13, a day after she and her father Mahavir Phogat joined the BJP in the presence of working president JP Nadda on August 12. They were inducted into the ruling party in the presence of Union minister Kiren Rijiju. 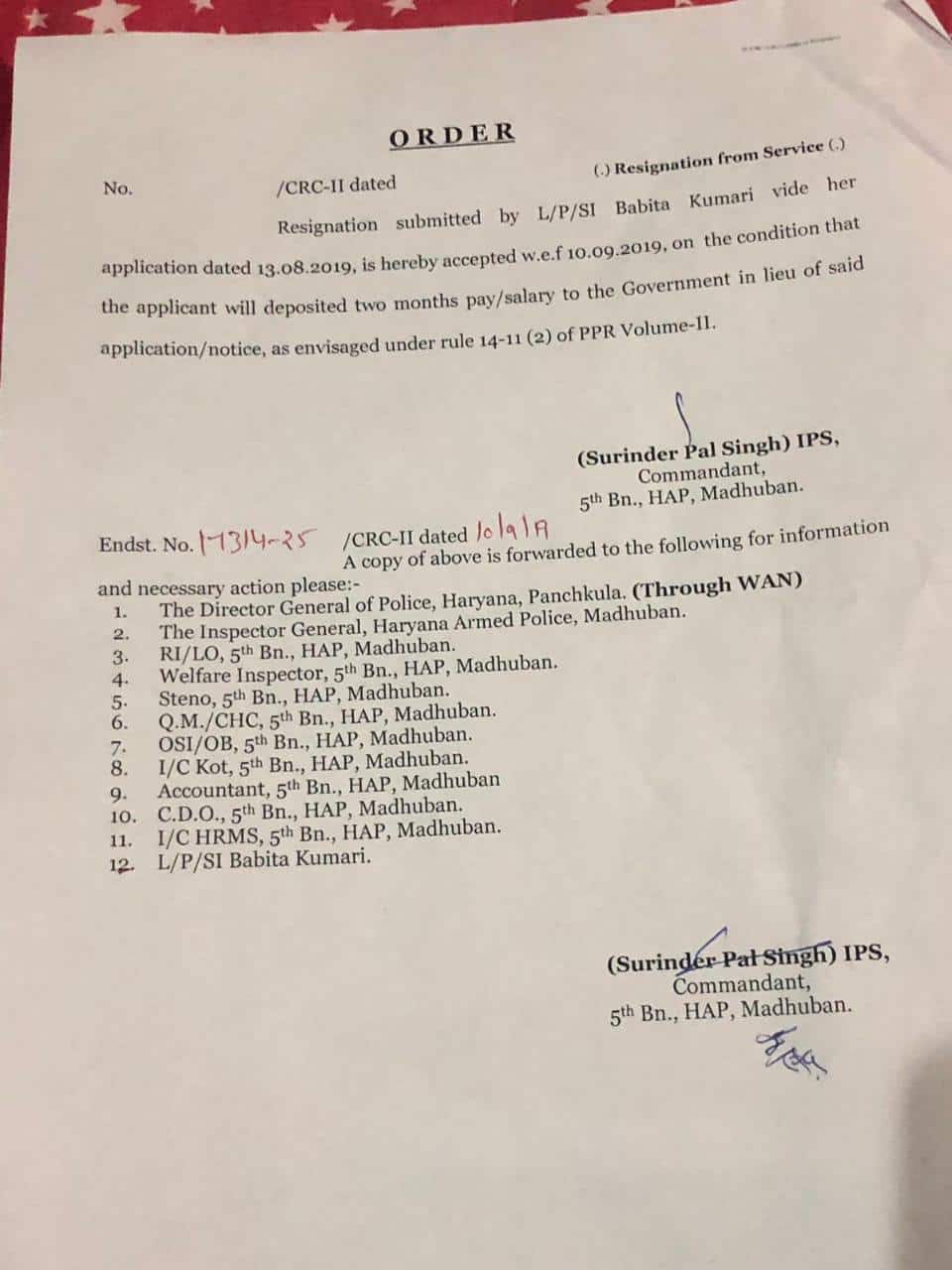 On Thursday, Haryana police accepted her resignation, leading to speculation that the award-winning wrestler could contest in the upcoming state Assembly elections from a BJP ticket. According to Zee Media sources, Babita is likely to contest from Dadri or Badhra assembly seat in the upcoming election.

While inducting the Phogats in the party, Union Minister Rijuju had praised Mahavir Singh Phogat and called him a role model for the society. "The way he created champions from a small village, I laud his efforts," said Rijiju.

The minister also expressed happiness over Babita joining the BJP. Referring to the award-winning wrestler as a youth icon, Rijiju said that she can continue to be connected with the sports world after joining the BJP.

Babita Phogat has been a vocal supporter of the BJP. After Prime Minister Narendra Modi-led NDA government at the Centre scrapped Article 370, which provided special status to Jammu and Kashmir, she had voiced her support on microblogging site Twitter.