The Indian Meteorological Department (IMD) on Thursday issued a red alert for several districts of Karnataka and Kerala even as heavy rains lashed in isolated places at coastal Karnataka, Konkan, Goa, Maharashtra, Odisha, and Gujarat. 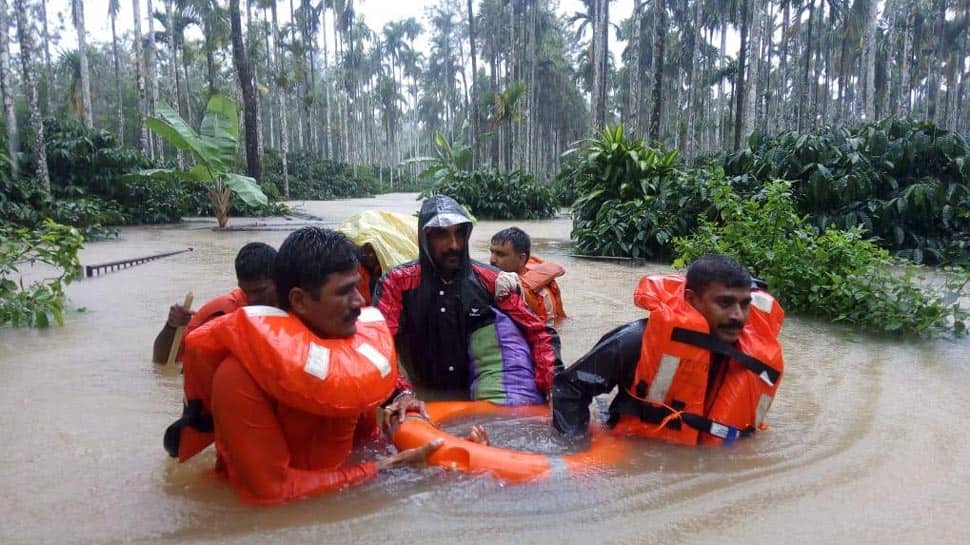 The Indian Meteorological Department (IMD) on Thursday issued a red alert for several districts of Karnataka and Kerala even as heavy rains lashed in isolated places at coastal Karnataka, Konkan, Goa, Maharashtra, Odisha, and Gujarat.

Strong winds, reaching 40-50 kmph, were likely to prevail over the north, central & southwest Arabian Sea, central and south Bay of Bengal and along and off West Coast and West Bengal-Odisha-Andhra coasts and the Andaman Sea. The IMD further advised the fishermen not to venture into these areas.

Kerala: The Indian Meteorological Centre, Trivandrum, issued a red alert for Idukki, Malappuram, and Kozhikode districts of Kerala, which detonates the likelihood of extremely heavy rainfall, directing the state authorities and people to 'take action'. An orange alert has been issued for Thrissur, Palakkad, Wayanad, Kannur, Kasargod districts for August 8, which entails likelihood of heavy rainfall and directs authorities to remain prepared.

Maharashtra: At least 16 people died and several others were injured in Maharashtra even has 1.4 lakh people have been evacuated from five districts of Pune division – Solapur, Sangli, Satara, Kolhapur, and Pune, which are among the districts severely hit by incessant rains.

Five teams of National Disaster Response Force (NDRF) were airlifted from Punjab on Thursday for rescue operations in Maharashtra. They will arrive in Pune and then spread to flood-affected areas of Sangli, Kolhapur, and Pune. On Wednesday, four NDRF teams from Goa, and 14 Navy teams reached Maharashtra to facilitate search and rescue operations.

All schools and colleges will remain closed in entire Kolhapur district, three tehsils of Pune district and five tehsils of Sangli district following the red alert for heavy rainfall issued by IMD.

At least 19 trains on Mumbai-Pune division of Central Railway and on Milaj-Londa section of Western Railway have been cancelled due to heavy rainfall and waterlogging. Around 5,000 trucks on Pune-Bengaluru highway in Maharashtra are stuck due to waterlogging reported as deep as four-five feet.

Karnataka: As the torrential downpour continued to wreak havoc in Karnataka, the IMD issued a red alert for Karnataka's Dakshina Kannada coastal district for Thursday. The state government shut down schools, colleges, and Anganwadi in Kodagu, Dharwad, Mangaluru, Hassan, Belagavi, Mysuru, Karwar and Udupi districts for Thursday and Friday in view of red alert announced by respective district authorities due to incessant rainfall.