Heavy rainfall and thunderstorms are likely over several states including Uttarakhand, Uttar Pradesh, and Haryana as southwest monsoon arrived in northern India on Saturday. 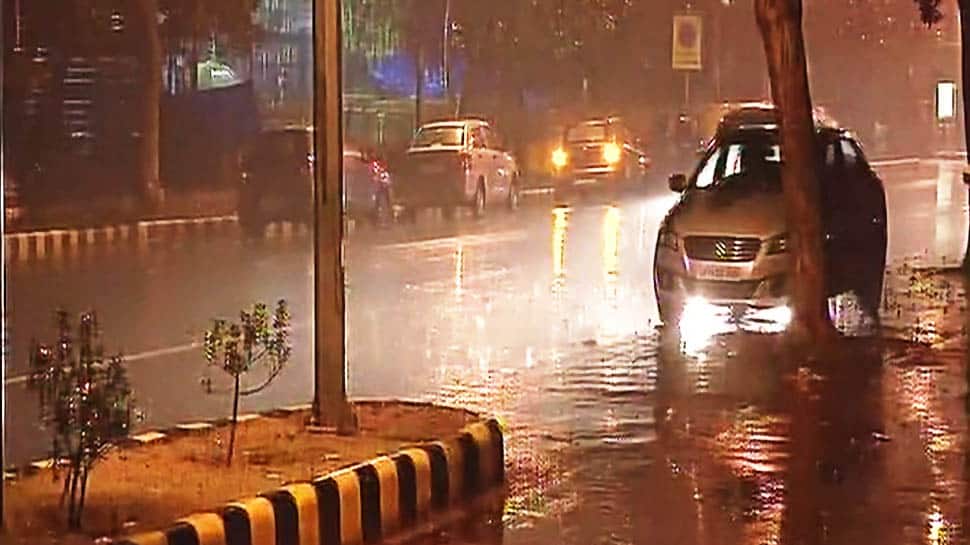 New Delhi: Heavy rainfall and thunderstorms are likely over several states including Uttarakhand, Uttar Pradesh, and Haryana as southwest monsoon arrived in northern India on Saturday.

A low-pressure system located over north Madhya Pradesh and south Uttar Pradesh weakened gradually on Saturday morning, resulting in the creation of troughs over north-central India and northeastern India which could bring heavy to very heavy rainfall, as per Indian Meteorological Department (IMD).

On Friday, monsoon struck Delhi with several parts of the national capital witnessing an overcast sky and light showers, bringing cheer to the people's faces who were reeling under severe heat wave conditions.

The IMD said the monsoon covered entire Delhi on Friday, after making a delayed onset of six days. Last year, it had arrived in the national capital on June 28 and covered the country 15 days in advance.

Also, the northern limit of the monsoon passed through Barmer, Jodhpur in Rajasthan, Rohtak in Haryana, Chandigarh, Una in Himachal Pradesh and Amritsar in Punjab, IMD said.

Commuters in Mumbai were faced with delayed Central Railway suburban trains for the fifth day in a row. This led to huge crowds at Kalyan and Dombivali stations.

At least 35 people have died across Maharashtra while 23 died in Mumbai alone in various accidents caused by the excessive rainfall.

On Saturday, heavy rainfall also lashed parts of Odisha as southwest monsoon advanced with many areas receiving continuous downpour over the last 24 hours.

Heavy rain poured in several parts of Odisha including Cuttack and Bhubaneswar. Cuttack received 134.4 mm of rain, followed by 108.2 mm in Koraput, 27.0mm in Sambalpur, 45 mm in Malkangiri and Bhubaneswar with 24 mm rainfall in the past 24 hours, as per IMD.

Heavy to very heavy rainfall is predicted in several parts of the state in the next 48 hours.