The Indian Meteorological Department weather forecast said that a thunderstorm with a heavy spell of rain was witnessed in the national capital. 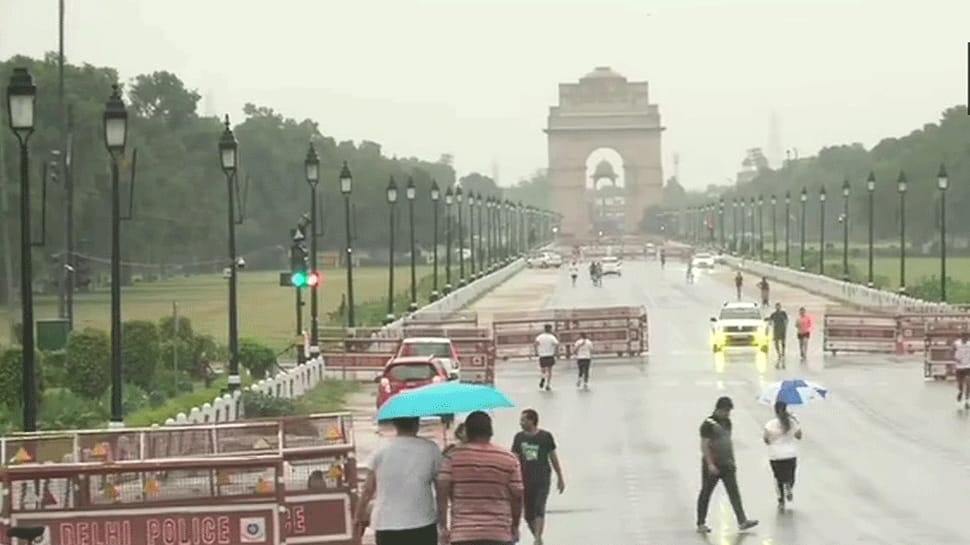 New Delhi: Heavy rains lashed Delhi and parts of NCR early Sunday morning (July 5, 2020). The Indian Meteorological Department forecast said that a thunderstorm with a heavy spell of rain was witnessed in the national capital. IMD forecast also said that Delhi will continue to see cloudy sky with moderate rain

On Sunday morning IMD tweeted, "Thunderstorm with heavy spell of rain and wind speed of 20-50 KMPH most likely to continue over and adjoining areas Delhi."

Meanwhile, the rainfall comes with a relief to the people of Delhi-NCR as the national capital has been facing sultry hot weather over the past week.

As per PTI, the Safdarjung Observatory, which provides representative figures for Delhi, recorded 33.6 mm rainfall till 5:30 am and the Palam station gauged 43.4 mm precipitation.

The monsoon reached Delhi on June 25. Normal rainfall is predicted in the national capital during the season.