In Mumbai and Goregaon, three people were killed in two separate incidents after they were electrouted and two others were injured. 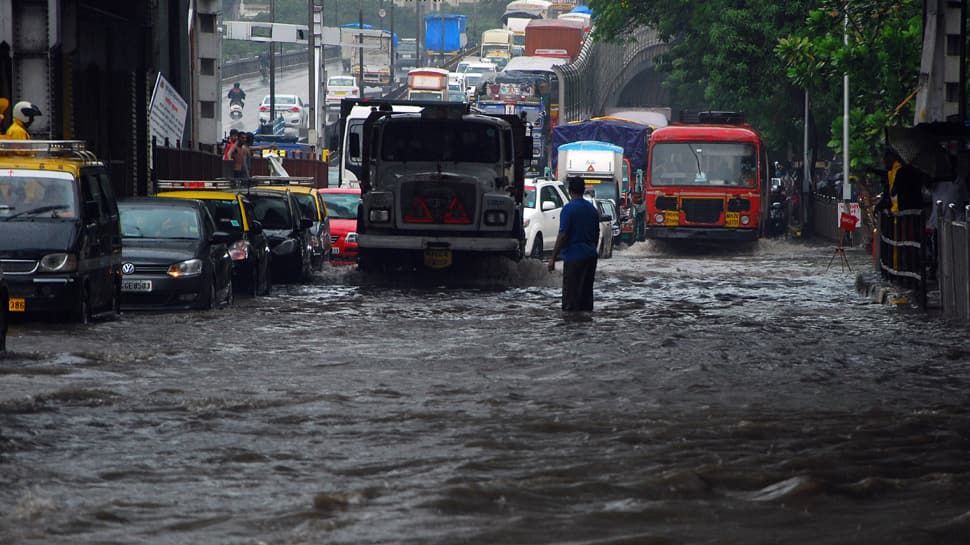 Apart from Mumbai, water was also logged in Navi Mumbai, Thane and Vasai-Virar. Due to the rains, the movement of traffic slowed down on all the major roads in the city. The traffic came to a hault on the Western Express Highway and Andheri Vikhroli link road.

With the onset of rains, the accidents have also started taking place inthe city. Three persons were injured when a portion of a wall collapsed in Dadar (East), he said, adding that they were admitted to the civic-run KEM Hospital. In Bhiwandi near Mumbai, a car fell in the drain. Due to the rain, the driver did not see the drain and the car fell into the creek in the Bala Compound area. A car driver and a man riding in it were pulled out. Trees also fell in the city damaging vehicles.

The issue was raised in the assembly and Congress MLA Amin Patel said that the few hours of rain had flooded the entire city and trains were also running late. He alleged corruption in Brihanmumbai Municipal Corporation (BMC)and asked the government to take this matter seriously.

The Meteorological Department has said the possibility of moderate to heavy rain in the next 24 hours in Mumbai, Navi Mumbai, Thane, Raigad and Palghar.

Responding to the reports of waterlogging, the BMC said pumping out water will take time because of high tide in the Arabian Sea. "Hello, Mumbai! The island city and suburbs have received 33 mm and 95 mm rainfall respectively. While we're on our toes, it may take some time to pump out all water from waterlogged areas owing to neap tide. Hopefully, all should be well by late evening," the civic body said in a tweet.