The NH-55 has been cut off following the landslide at Paglajhoraa under Kurseong subdivision. 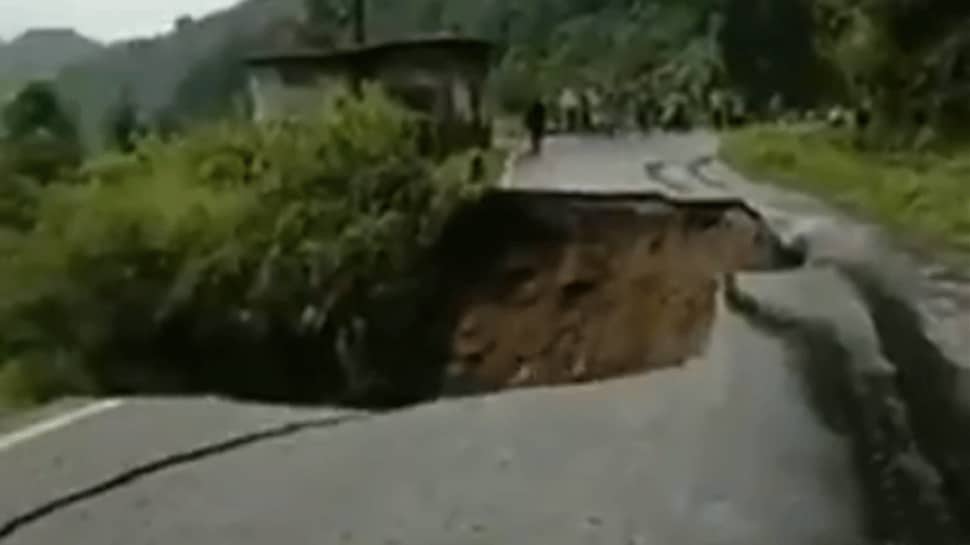 Kolkata: A spell of heavy rain triggered a landslide in West Bengal's Darjeeling district on Monday (June 29) morning, damaging a stretch of the main road at Paglajhora in the hills. The landslide resulted in Paglajhora road being completely blocked and traffic flow being hit on the stretch.

The NH-55 has been cut off following the landslide at Paglajhoraa under Kurseong subdivision. According to sources, no casualty was reported in the incident.

Watch the landslide video below:

#Watch: Massive landslide hits Darjeeling triggered by heavy rains. Road at Paglajhora has been completely blocked following a landslide this morning. NH 55 has been cut off following the landslide at Paglajhoraa under Kurseong subdivision @ZeeNews pic.twitter.com/ovrPtLzND3

IANS sources said that the landslide heavily damaged the newly-constructed road stretch redeveloped recently at a cost of Rs 20 crore. The district administration cleared the debris and begun repair work on the link road on Monday.

As many as seven north Bengal districts are likely to witness heavy to extremely heavy rainfall in the next six days disrupting normal life, sources at the Alipur Met office said. The worst-affected districts will be Darjeeling, Kalimpong, Alipurduar, Jalpaiguri, Cooch Behar, Malda and North Dinajpur, all in north Bengal.

Karnataka pre-university, SSLC results will be out in July last and August first week: Education Minister