Madhya Pradesh's capital Bhopal has been receiving heavy rainfall since Tuesday morning and it is expected that the previous records for rainfall in Bhopal will break this year. 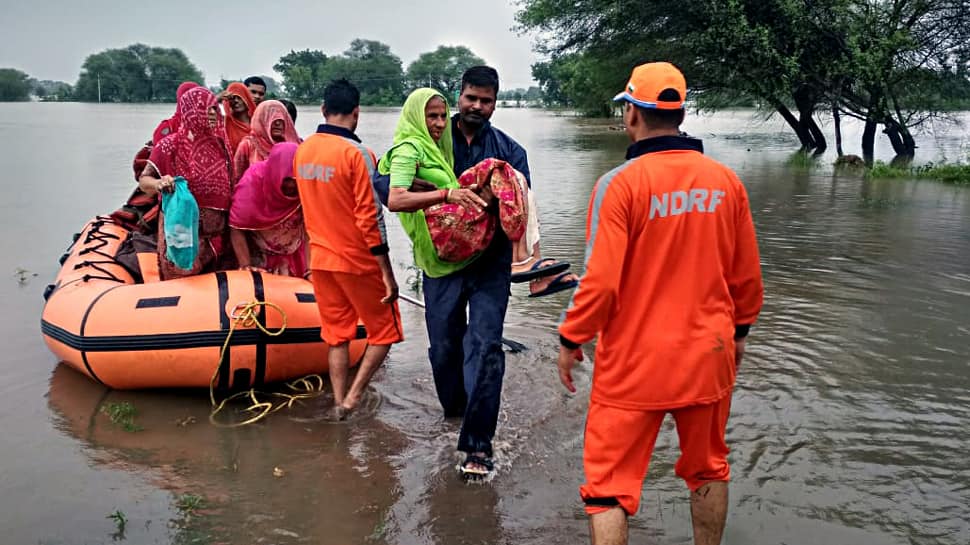 Madhya Pradesh's capital Bhopal has been receiving heavy rainfall since Tuesday morning and it is expected that the previous records for rainfall in Bhopal will break this year. Bhopal has received a total of 168 cm of rainfall so far, which is only 0.4 cm less than the rainfall received by the city in 2006, which is a record so far. Government sources said that over 45,000 people have been shifted to safer places in flood-hit districts.

Meanwhile, the state government has said that relief and rescue operations are going on in full swing in flood-affected districts and state government officials have been asked to remain on high alert. Talking to media on Monday, state’s chief secretary Sudhi Ranan Mohanty said that incessant rains have caused damage worth Rs 10,000 crore He added that standing crops in 75000 hectare land worth around Rs 8000 crore have been completely destroyed due to floods in several parts of the state.