High alert in Delhi-NCR after IB warns of terror strike by JeM, LeT during festivals

In view of the warning, Delhi Police’s Special Cell conducted raids on Wednesday night at several locations in the city. 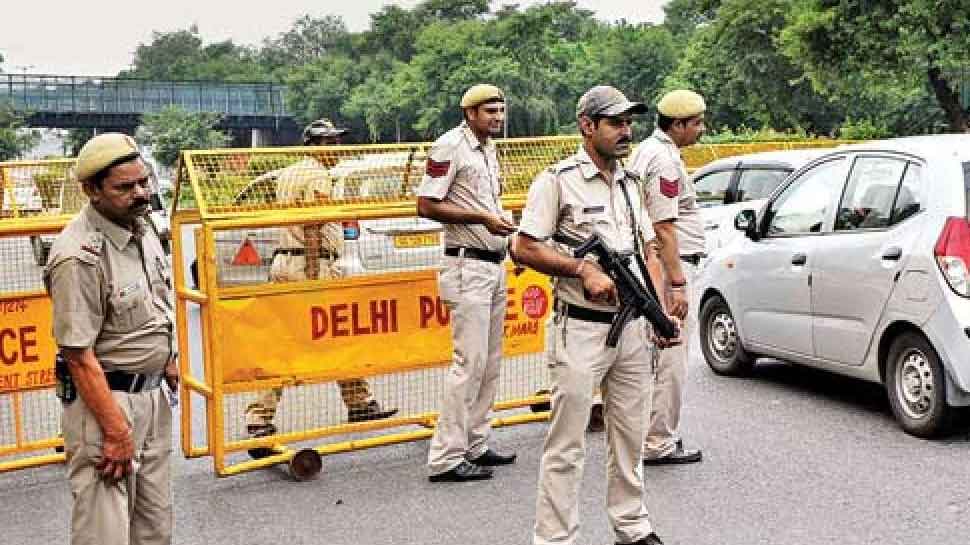 NEW DELHI: A high alert has been sounded in Delhi and the National Capital Region (NCR) in the wake of a warning from the Intelligence Bureau (IB) that Pakistan-backed terror outfits Lashkar-e-Toiba (LeT) and Jaish-e-Mohammad (JeM) may carry out terror attacks in the city during the upcoming festivals.

According to reports, the central intelligence agencies have sent credible information to Delhi Police that some members of Pakistan-supported terrorist outfits had entered the city to carry out terror strikes during the festival season. In view of the warning, Delhi Police’s Special Cell had conducted raids at several locations in the city late on Wednesday.

The intelligence agencies have warned Delhi Police that some newly-recruited Kashmiri terrorists had entered the national capital with a plan to carry out major terror strikes in the city. They said that a newly formed terror group - al-Umar-Mujahideen - which has strong backing from Pakistan's ISI is likely to aide LeT, JeM in executing its nefarious designs.

At the instructions of ISI, the JeM has been recruiting 'fidayeens' for carrying out terror attacks outside J&K.

It is being apprehended that Jaish-e-Mohammad, the terror group which has been threatening to take retaliatory action following the abrogation of Article 370, has managed to send a group of fidayeen to the city last week.

Consequently, Delhi Police have increased patrolling in sensitive areas and the checking of vehicles entering the city. The security in and around vital installations have been beefed up. Based on the inputs, the intelligence agencies suggested that the ISI may order these terror groups to carry out major attacks using human suicide bombers or explosive-laden vehicles in Delhi-NCR.

DCP Central Delhi MS Randhawa said, ''We are on alert and taking all anti-terrorism measures. We are working on all inputs. There is nothing to worry.''

DCP Central Delhi MS Randhawa on police receiving inputs on likely terror strike in Delhi: We are on alert and taking all anti-terrorism measures. We are working on all inputs. There is nothing to worry. pic.twitter.com/uiUjClLEzI

A few days ago, a foreign intelligence agency intercepted communications between a JeM operative and his handler, according to which the JeM was planning to launch a terror strike in India in September.

A total of 30 cities, including Jammu, Amritsar, Pathankot, Jaipur, Gandhinagar, Kanpur as well as Lucknow were put on high alert.

Interestingly, the United States too expressed concerns on Wednesday that Pakistan might conduct 'cross-border activities' after India's Kashmir move.

Randall Shriver, Assistant Secretary of Defence for Indo-Pacific Security Affairs, had voiced concerns that many countries fear that Pakistani terrorists might launch attacks in India to avenge New Delhi's Kashmir move unless Pakistan "keep a lid on terror groups".

"I think many have concerns that Pakistan keep a lid on terror groups that might conduct cross-border activities as a result of the Kashmir decisions, and I don't sense that China wants that kind of conflict or would support that," Assistant Secretary of Defense for Indo-Pacific Security Affairs, Randall Shriver, told a Washington audience.

Shriver was responding to a question on China's support to Pakistan on the issue of Kashmir after India nullified articles 370 and 35A of its Constitution that gave temporary special privileges to Jammu and Kashmir.

"I think it (China's support to Pakistan on Kashmir) is mostly diplomatic and political support," Shriver said.

"They (Chinese) have supported Pakistan in the international fora. There is some discussion about whether or not Kashmir would be taken up in the UN, China would support that. But in terms of something beyond that or more active, I don't see it," the top Pentagon official said.