A high alert has been sounded in five states as Covid-19 cases surge. State governments have ordered mandatory testing at borders and airports. UP, Madhya Pradesh and Gujarat have directed authorities to screen visitors coming from 'high-risk' Maharashtra which has registered a significant jump in cases in the last 15 days. 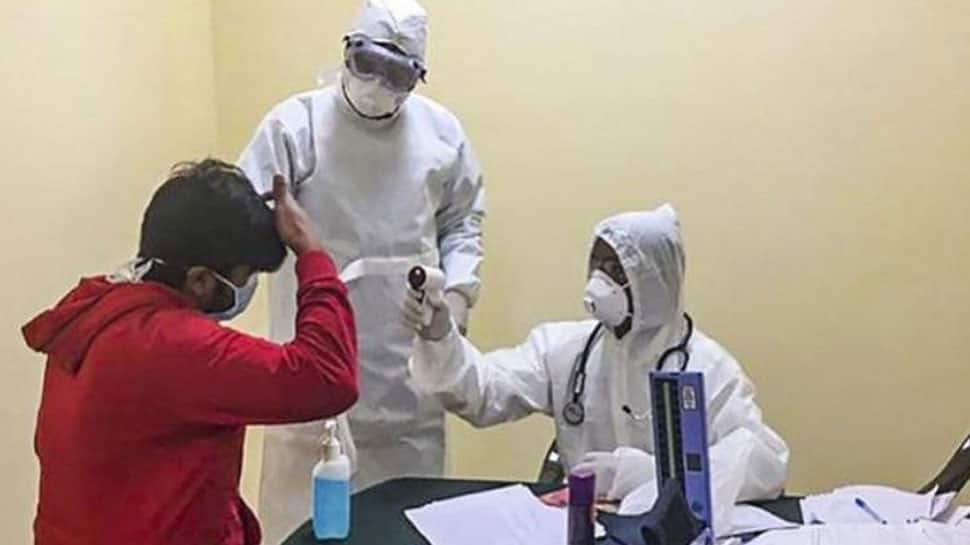 Lucknow: In view of rising COVID-19 cases, five state governments have imposed fresh restrictions and ordered mandatory testing at the borders and the airports. It may be recalled that states of Maharashtra and Rajasthan have recently witnessed a significant jump in COVID-19 cases. Owing to this, the state governments in these two states have imposed strict lockdown, curfews in various cities.

Three states - UP, Madhya Pradesh and Gujarat - have directed authorities to screen visitors coming from 'high-risk' Maharashtra which has registered a significant jump in cases in the last 15 days.

Among other measures, the Uddhav Thackeray government in Maharashtra has asked people to strictly follow coronavirus norms, including wearing masks and maintaining social distancing.

All religious, social and political gatherings have been prohibited in the state. Political agitations with crowds have been stopped temporarily. Madhya Pradesh and Gujarat have also sounded a high alert across all adjoining districts and will also conduct thermal scanning of all those travelling from the high-risk state.

According to the Health Ministry, the surge in active cases is due to a spike in the number of daily infections in Maharashtra, Kerala, Chhattisgarh, Punjab and Madhya Pradesh. Uttar Pradesh Chief Minister Yogi Adityanath has asked officials to remain on alert over rising cases of Covid in states including Maharashtra, Kerala, Madhya Pradesh, Chhattisgarh, Punjab, Haryana and Kerala.

Uttar Pradesh will soon issue guidelines for visitors to Uttar Pradesh from these states. An advisory for mandatory testing and quarantine for passengers coming from red zones is likely to be issued.

Dr DS Negi, Director General, Health, said, "Though Covid cases have declined in Uttar Pradesh, the situation in all districts is being monitored, particularly those bordering other states. The state government is carrying out over 1.25 lakh sample tests daily along with contact tracing and surveillance work in all districts."

According to official sources, the UP Chief Minister has directed concerned officials to keep a close watch on the Covid situation and continue testing, tracking and treatment in an aggressive manner.

The government spokesman said that officials had been asked to remain alert in view of upcoming festivals including Shivratri and Holi. "People are being asked to maintain social distancing, wear masks and wash their hands regularly. There is to be no laxity in following safety protocols," the official said.

India's total tally of COVID-19 cases surged to 1,10,16,434 with 10,584 new infections being reported in a day, while the recoveries have crossed 1.07 crore, according to the Union Health Ministry data updated on Tuesday.

The death toll increased to 1,56,463 with 78 new fatalities, the data updated at 8 am showed. The number of people who have recuperated from the disease surged to 1,07,12,665 which translates to a national COVID-19 recovery rate of 97.24 per cent and the case fatality rate stands at 1.42 per cent.

The Union Health Ministry stressed that more than 70 per cent of the deaths occurred due to comorbidities.