It was also said at the conclave that a separate Union ministry is a must to deal with problems specific to Himalayan states. 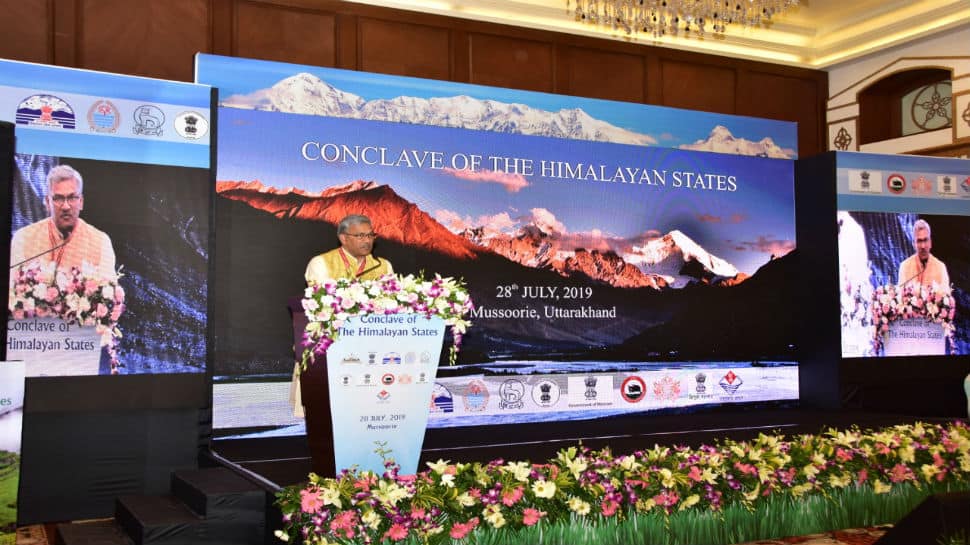 Representatives from 10 Himalayan states of India met at a conclave in Mussoorie on Sunday and raised the demand for 'Green Bonus'.

Among the CMs present for the conclave were Uttarakhand's Trivendra Rawat, Himachal Pradesh's Jairam Thakur, Meghalaya's Conrad Sangma and Nagaland's Neiphiu Rio. The other states - J&K, Sikkim, Assam, Arunachal Pradesh, Tripura and Mizoram - were represented by government officials while finance minister Nirmala Sitharaman was also present. A number of administrators and specialists from different fields also attended the conclave.

Among some of the key issues discussed was the demand for 'Green Bonus' for all of these 10 states. A proposal was also handed in this regard to Sitharaman.

A 'Green Bonus' essentially refers to compensation because development-related activities cannot be carried out in ecosensitive areas. Representatives highlighted how large areas in their respective states fell into eco-sensitive zones and that their respective states are, therefore, unable to carry out development-related work. A 'Green Bonus', they said, would adequately compensate the states for their 'disadvantage.' It was also highlighted how most rivers in the country originate in the Himalayan states and, therefore, these states have to play a big role in water conservation as envisaged by PM Narendra Modi.

Apart from this, demand was also made for a separate Union ministry to deal with problems specific to Himalayan states. A request to develop more tourist destinations in these states, as well as assistance to preserve glaciers, were also made.

This is the first time that such a conclave was held and those present underlined the need to hold more of such conclaves in the future.