MEA spokesperson Arindam Bagchi said, "Firm protest was lodged expressing our grave concerns at this reprehensible incident" and the "continued attacks on the freedom of religion of the minority community and their places of religious worship". 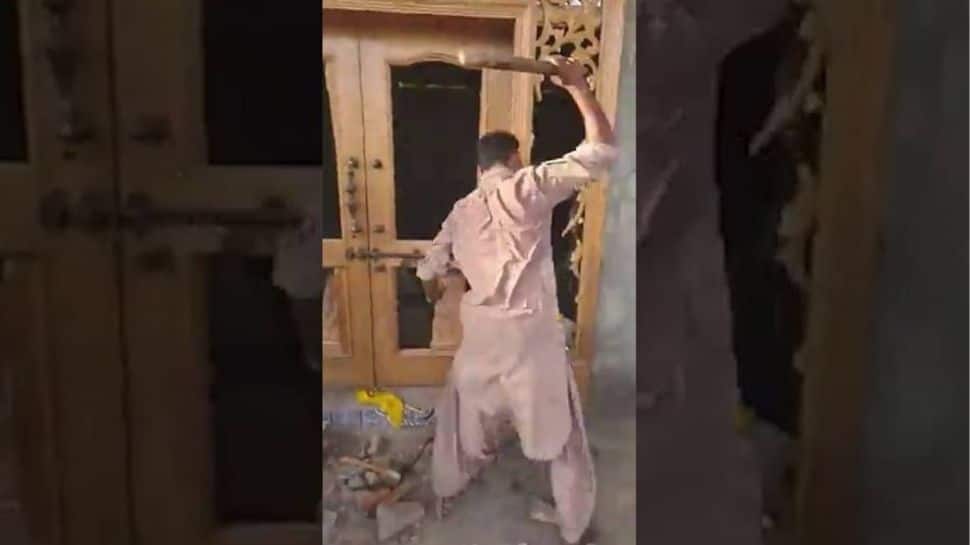 New Delhi: India has summoned Pakistan's Top diplomat-- Pakistani chargé d'affaires (C’dA) in Delhi and lodged a strong protest over the issue of the vandalization of a Hindu temple in Pakistan's Rahim Yar Khan.

The Ministry of External Affairs (MEA) spokesperson Arindam Bagchi at virtual weekly presser said, "Firm protest was lodged expressing our grave concerns at this reprehensible incident" and the "continued attacks on the freedom of religion of the minority community and their places of religious worship".

The MEA called upon Pakistan to "ensure the safety, security and well-being of its minority communities."

The Ganesh temple was ransacked by a mob in broad daylight with no intervention from the local authorities. The entire incident was telecasted live on Facebook with sacred idols of Hindu Gods being smashed in a chilling reminder of atrocities common on minorities in Pakistan.

MEA highlighted that "incidents of violence, discrimination and persecution against the minority communities including attacks on places of worship have continued unabated in Pakistan".

The videos of vandalization went viral on social media and showed mob carrying rods storming into the temple and destroying everything in it.

MEA pointed out, "These incidents are occurring at an alarming rate while the state and security institutions in Pakistan have stood by idly and completely failed in preventing these attacks on the minority communities and their places of worship."

The development comes months after a Hindu temple was burnt down by a mob in Karak, in Khyber Pukhtunkhwa. India had back then raised the matter with Islamabad. The Pakistani Hindu community staged a protest in the aftermath of the demolishment of the temple which was over 100 years old. January 2020 saw attack on Mata Rani Bhatiyani Mandir in Sindh and Gurudwara Sri Janam Sthan.

Muslim majority Pakistan has seen increased atrocities on its minuscule minorities-- Hindus, Sikhs, Christians. Multiple cases of abduction of Hindu, Sikh, and Christian girls have been dominating headlines all throughout 2020. The country was created after the partition of the Indian subcontinent and since 1947 saw a massive reduction in the number of minorities as right-wing extremism has been on the rise with each passing year.