The head of Department of Buddhist Studies of the Delhi University on Friday wrote to the varsity registrar informing him about the cancellation of DUSU president and their student Ankiv Baisoya's admission following his fake degree row. 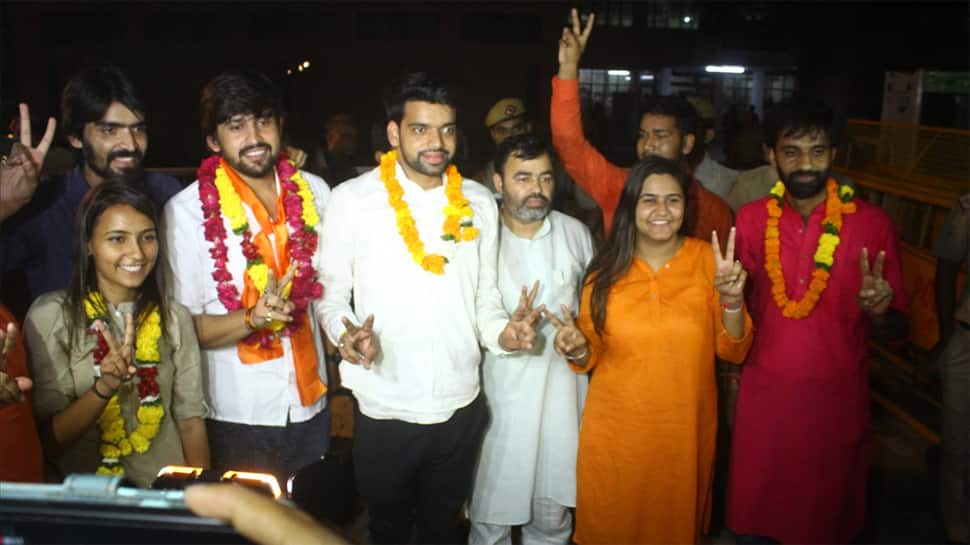 The head of Department of Buddhist Studies of the Delhi University on Friday wrote to the varsity registrar informing him about the cancellation of DUSU president and their student Ankiv Baisoya's admission following his fake degree row.

Professor KTS Sarao, the head of the registardepartment of Buddhist Studies wrote to the registrar office after they received confirmation from Thiruvalluvar Univerisity that Baisoya was never a student of the varsity.

"He has written a letter to registrar informing about the cancellation of admission. A copy of this has been given to SHO (Maurice Nagar). We have written registrar. If any communication is made by any authority, we may take legal action," Additional Deputy Commissioner of Police (North) Harendra Kumar Singh said.

Baisoya, who was elected the DUSU president in September, resigned from his post on Thursday after the ABVP asked him to do so. He has also been suspended from the students' outfit till an inquiry is complete into the allegations.

While the ABVP said the decision was taken to maintain the "genuineness" of the DUSU, the move drew criticism from the NSUI and AISA, which claimed it was done under pressure ahead of the high court hearing on November 20.

In a Facebook post, Baisoya said he was resigning form the post of DUSU president because he respects the mandate of the Delhi University students, who voted for him.

Congress-affiliated National Students' Union of India (NSUI) leader Sunny Chillar has filed a plea in the Delhi High Court seeking to set aside Baisoya's election, alleging that according to news reports the registrar of Thiruvalluvar University "unambiguously and unequivocally" declared Baisoya's certificate to be "fake and forged".

ABVP had on Thursday suspended Baisoya from all the responsibilities of the RSS-affiliated student organisation until the inquiry over his fake degree is over.

On their part, Delhi University officials had said they will hold a meeting to decide action in the matter.

The party also demanded their candidate Sunny Chillar, to be declared as the students' union president and also repolling on ballot paper.

"The admission of the ABVP Candidate Ankiv Baisoya should be canceled from the DU on the ground of forgery. All those who were involved in fake admission racket be arrested including the university administration, the candidate himself for cheating the varsity and all those from the ABVP who backed the candidate," the NSUI said.