Hope my fast will inspire 'self-purification' in those who insulted me: Rajya Sabha Dy Chairman Harivansh Singh on ruckus over farm bills

Rajya Sabha Deputy Chairman Harivansh Singh on Tuesday expressed hope that his fast may perhaps inspire 'self-purification' in those who reportedly insulted him after his attempts to persuade eight suspended MPs staging a sit-in protest inside Parliament premises failed to yield fruits. 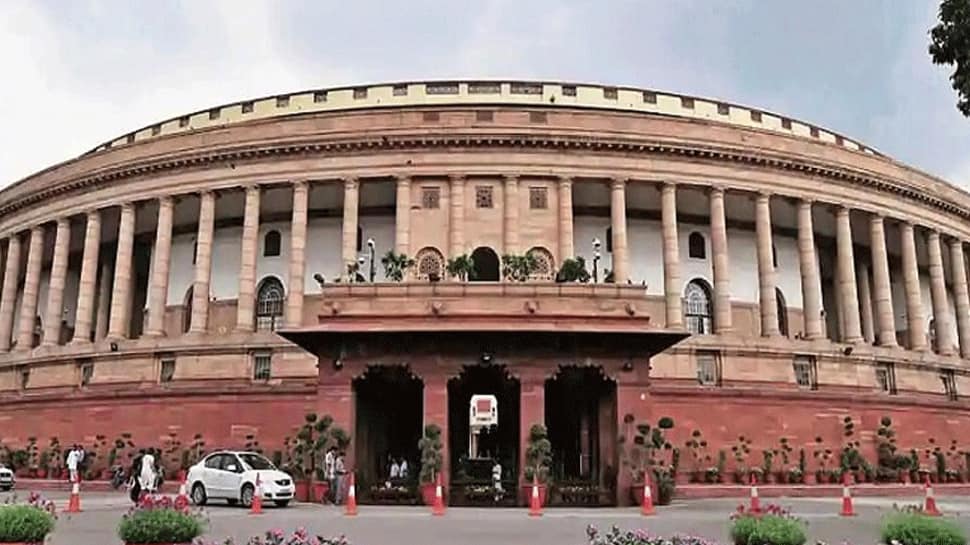 New Delhi: Rajya Sabha Deputy Chairman Harivansh Singh on Tuesday (September 22, 2020) announced a single-day fast and expressed hope it may perhaps inspire 'self-purification' in those who reportedly insulted him after his attempts to persuade eight suspended MPs staging a sit-in protest inside Parliament premises failed to yield fruits.

Harivansh Singh offered tea to the protesting MPs but was turned down. “My fast may perhaps inspire 'self-purification' in those who behaved insultingly towards me,” Rajya Sabha Deputy Chairman Harivansh Sing said.

In a letter to the RS Chairman, Harivansh expressed deep anguish at "humiliating" conduct towards him in House and announced a 24-hr fast. Harivansh Singh said that his fast begins from Tuesday morning and will end tomorrow on the birthday of 'Rashtra Kavi' Ramdhari Singh Dinkar.

His fast began after the eight opposition Rajya Sabha members suspended for continuing with their protests against farm bills inside the Upper House and who stayed overnight on the Parliament lawns in a sit-in protest refused to end their agitation.

They said that they will withdraw protest depending upon the proceedings inside the House on Tuesday.

While talking to reporters, they alleged that Harivansh violated rules and norms of Parliament proceedings. One of the eight suspended MPs, Ripun Bora of Congress said, "Harivansh Ji said he came to meet us as a colleague and not as Deputy Chairman of Rajya Sabha. He also brought some tea and snacks for us. We started this sit-in demonstration yesterday from 12 noon as a protest against our suspension."

"We have been here all night. Nobody from the government came to enquire about us. Oppositions MPs including former Prime Minister HD Deve Gowda came here to show solidarity with us. We took this pain for the cause of farmers of our country. Yesterday Leader of Opposition (LoP) was not allowed to speak for us and so we are demanding that LoP should be be allowed to speak and demand the revocation of our suspension," he added.

CPM MP KK Ragesh said, "This is for the first time that MPs are protesting here all through the night. It is an extraordinary situation and we have protested extraordinary. Our constitution right is blatantly denied. A black law was passed by parliament. We will continue our protest and it depends upon the response from House."

"We are sitting here to raise farmers` voices. The parliament has passed a black law. The government in 2014 has promised to give over 50 per cent MSP over the expenditure bear by farmers in cultivating the crops. But in the court, it said it can’t do that. They are cheating farmers. It is our moral responsibility to raise the concerns of the countrymen. Even being in minority in the Upper House, BJP has forcefully passed the law and we are protesting against that. The course of protest depends upon what will follow inside House today," he said.

"We are not sitting here to develop any personal relationship. Harivansh Ji did not hold voting and now he is coming here, it is of no use. Today when he came here, we told him that he had violated procedures of parliament proceedings," he said.

Congress` Rajeev Satav said, "We are struggling for farmers. They are bringing Bills against the farmers. The Deputy speaker violated rules. It is not a personal fight. We are fighting for farmers and we are against the government which is protecting corporates. We told the speaker that the house can not function like this."

On Sunday Rajya Sabha witnessed unruly scenes as Opposition members stormed the well and reached the deputy chairman`s seat to protest against the Farmer`s Produce Trade and Commerce (Promotion and Facilitation) Bill, 2020 and the Farmers (Empowerment and Protection) Agreement of Price Assurance and Farm Services Bill, 2020 and passed by the Upper House through voice vote.

Both the Bills were earlier passed by Lok Sabha through voice votes.

Meanwhile, the Leader of Opposition in Rajya Sabha, Ghulam Nabi Azad on Tuesday said the opposition will boycott the proceedings of the House till the suspension of eight members is revoked.

Speaking after the Zero Hour, Azad also demanded that the government brings a bill that should ensure private players don't procure food grains below the minimum support price (MSP) fixed by the government.

On the other hand, Union Minister Giriraj Singh reacted strongly to the ruckus created in the Rajya Sabha on Sunday over the agriculture reform Bills and claimed that "even the murder of the Rajya Sabha`s Deputy Chairman could have happened" if marshals weren`t present.

Singh raised the suspicion that in the environment, which was created by the Opposition in the Upper House, even the murder of the Rajya Sabha`s Deputy Chairman could have happened.

"On Sunday the attack did not happen on just a son of Bihar but on the Rajya Sabha`s Deputy Chairman. It was an attack on democracy, on the constitutional setup. They tore away the rules under which they became parliamentarians. Had the marshals not been there, they could have murdered Harivanshji, he could have died," Singh said.