In the national capital, the India Meteorological Department issued the highest "red-colour' warning as the mercury rose to the season's high of 44.8 degrees Celsius. 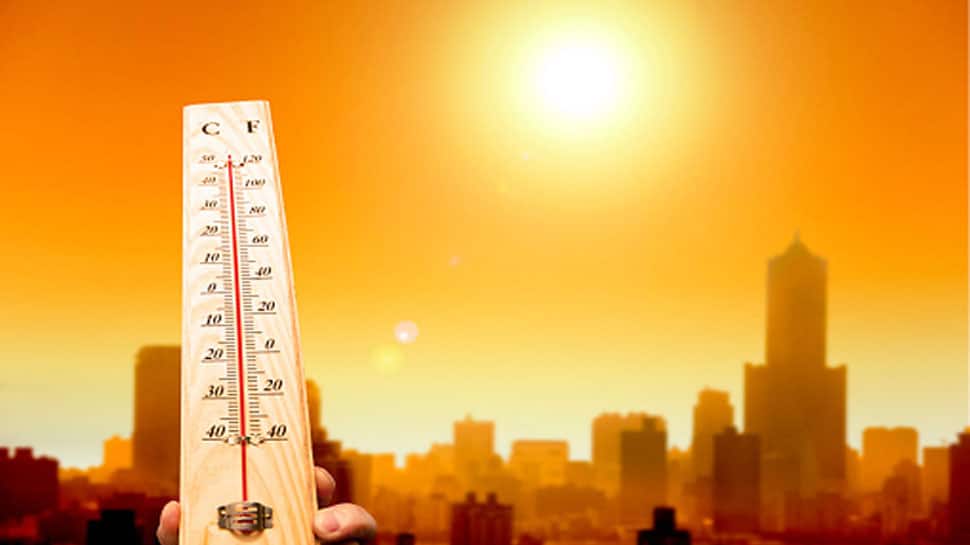 New Delhi: The heatwave intensified across India on Friday, with the mercury soaring to the season's highest in states like Jammu and Kashmir, Delhi, Himachal Pradesh and Rajasthan, where the temperature neared 50 degrees Celsius in Sri Ganganagar.

In the national capital, the India Meteorological Department issued the highest "red-colour' warning as the mercury rose to the season's high of 44.8 degrees Celsius.

Private agency Skymet Weather showed the maximum temperature touched the 47-degree mark in the diplomatic enclave of Chanakyapuri in Delhi.

The heatwave will persist until June 2, when easterly winds from the Bay of Bengal will reach Delhi via Uttar Pradesh, bringing dust storm and thunderstorm, IMD said.

In Sri Ganganagar, the maximum temperature broke the 75-year record for the month of May and touched 49.6 degrees Celsius. In Churu in the desert state, the mercury hovered around 48.5 degrees Celsius followed by Bikaner (46.6C).

It was the warmest day of the season in Himachal Pradesh, IMD said. The temperature in the state's Una district touched 44.7 degrees Celsius.

Shimla Met centre director Manmohan Singh told PTI, "We consider the three months- March, April and May, as summer season and May 31 has been recorded as the warmest day in the hill state."

Any respite from the heatwave is unlikely for the next few days, he added. A heat wave is usually declared when the maximum temperature remains above 45 degrees Celsius for two consecutive days.

It was also the hottest day of the season in Jammu as the mercury soared to 44 degrees Celsius. Amid the simmering heat conditions, power outages for long hours angered residents, who say they get electricity for less than eight hours a day in some parts. The residents also protested in some areas.

IMD said the monsoon is expected to remain below normal in north and south India. The annual weather pattern is likely to hit Kerala coast on June 6, five days after its usual onset date.

A below average monsoon will exacerbate the drought-like situation in Gujarat, Maharashtra and Tamil Nadu. Forest officials in Gujarat said 14 turtles were found dead in a dried-up pond in Kutch district.

Puducherry Chief Minister V Narayanasamy announced that the reopening date of schools, including privately-run institutions, in the Union territory had been put off to June 10 from June 3.

He said this was in response to the demand made by parents, student outfits and various political parties that the reopening date be postponed in view of the unabated summer heat.

Heatwave in Telangana is likely to continue till June 2.