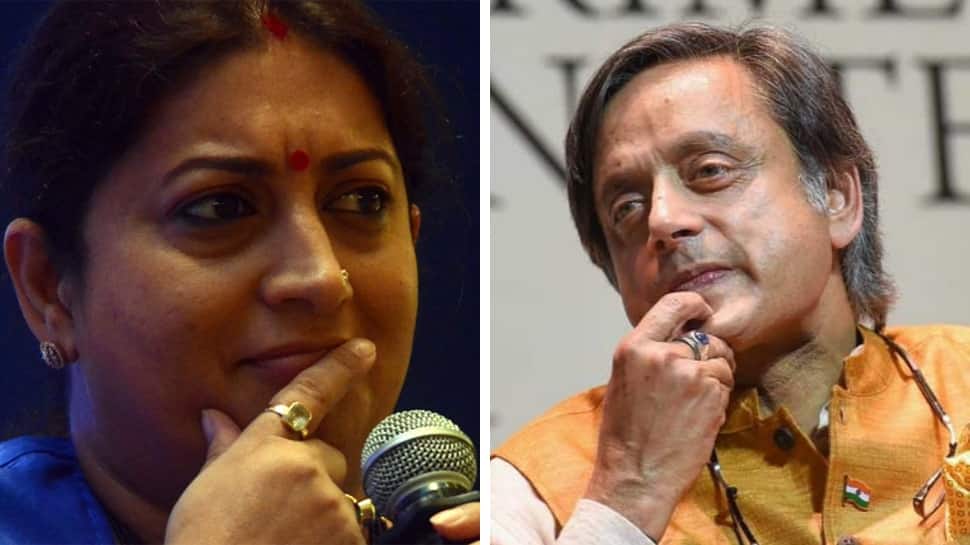 She also lashed out at Congress chief Rahul Gandhi for allowing Tharoor to make such a remark. "Shashi Tharoor's statement tantamounts to a religious slur. Question needs to be asked from Rahul Gandhi, who strategically wears a ‘Jenau’ only when there are polls, as to why he has allowed this attack on beliefs of millions of Hindus across the world," she said.

Other BJP leaders also lashed out at Tharoor for making such an 'unfortunate' comment. "This is very unfortunate. An extremely educated and respected person like Tharoor always comes up with such kind of comments related to practices of the Hindu religion," BJP spokesman Nalin Kohli said.

UP Minister Siddharth Nath Singh, in turn, advised Tharoor to take a holy dip to repent for his own sins. "How will he understand the importance of Kumbh? The atmosphere that he is in, the culture that he has been brought up in, he won’t understand this. You people have committed a lot of misdeeds, take a holy dip in Kumbh and you might be able to repent for your sins," Singh said.

Tharoor had on Tuesday tweeted a photo of Uttar Pradesh Chief Minister Yogi Adityanath and his Cabinet taking the holy dip in Kumbh with a caption stating the irony that Ganga needs to be clean and sins need to be washed away there too.

Tharoor's comment comes at a time when there are reports that Rahul along with his sister and newly-appointed party's General Secretary of Uttar Pradesh East Priyanka will also be visiting Kumbh. It is likely that she will take charge of the post after taking the holy dip in river Ganga.