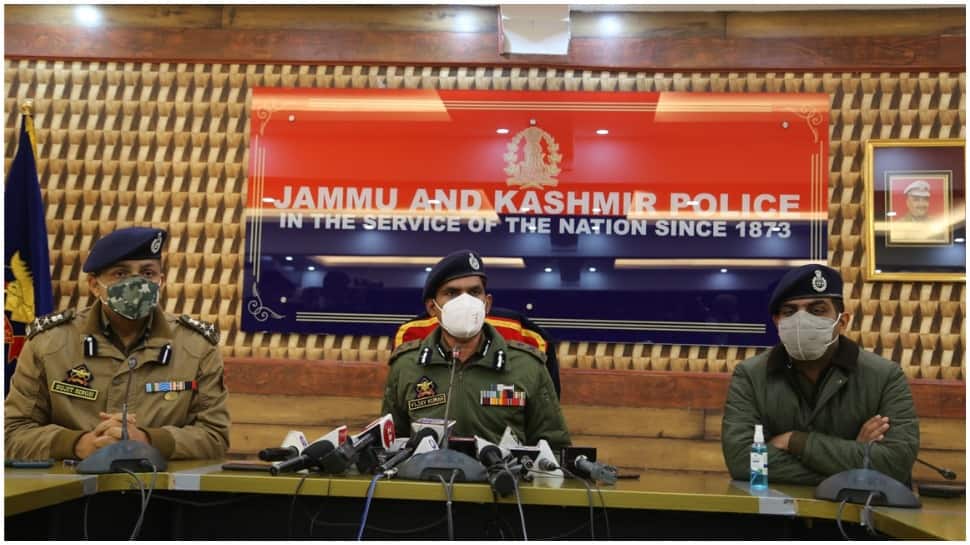 Srinagar: Hyderpora encounter aftermath, political parties demanding LG for impartial probe in the encounter as two killed people families claim they were not having terror links.

Police earlier said among four killed in Hyderpora encounter two were terrorists one was a terror associate and one got killed in cross fire.
Many questions are being raised by the families of two slain building owner Altaf Ahmad Dar and businessman Dr Mudasir Gull. Both families staged protest in the Srinagar press colony demanding justice.

The former chief minister and Vice President of National Conference Omar Abdullah tweeted, "There have been numerous instances of fake encounters in the past and the questions raised about this #hyderporaencounter need to be answered swiftly & in a credible manner."

Adding to this tweet he demanded impartial inquiry “ An impartial & credible inquiry into the recent encounter in #Hyderpora is an absolute necessity. There are far too many questions being raised about the encounter & about the people killed.”

The former chief minister and president peoples Democratic Party Mehbooba Mufti targeted the central government and asked for judicial inquiry and tweeted, "Using innocent civilians as human shields, getting them killed in cross-firing & then conveniently labelling them as OGWs is part of GOIs rulebook now. Imperative that a credible judicial inquiry is done to bring out the truth & put an end to this rampant culture of impunity."

Sajad lone tweeted "In the midst of conflicting claims in the Hyderpora encounter the least we deserve is a transparent description of what happened by a neutral institution. This is neither the first time nor the last time. @manojsinha_  U have the opportunity to assert that human lives matter."

Sajad lone party also issued a press release demanding an impartial and time bound investigation into Hyderpora encounter. They urged the LG administration to immediately hand over the dead bodies of civilians to their respective families for the funeral rites.

According to the PC spokesperson, the party has urged the LG administration to probe the claims of the family members of the slain civilians, who have contested the official version and refuted the allegations made by the police.

"It is concerning that the police and families of the slain civilians are making contrary claims. A thorough & impartial investigation is imperative to ascertain facts in this case. This will not only uphold the dignity of the institutions of justice and fair play but will also pacify peoples’ anger and address their apprehensions about the gun battle in question", he said.

“ Grave and serious allegations emerging from the Hyderpora encounter. Request Hon’ble LG @manojsinha_ Sahab to order an impartial and time-bound probe to ascertain the truth. Hope the truth prevails. The families of the two civilians should be heard and heard dispassionately,” read Mayor's tweet.

Earlier police Kashmir chief in a press conference said that the operation was launched on a specific input about the presence of terrorists in the area.

"There were three rooms in top storey in shop run by owner Altaf Ahmad Dar. Since the location was not known and owner Alfaf Ahmad Dar and one doing business there, Mudasir Gull, they both knocked and militants did not open the door. The terrorist started firing and in self-defense our troops opened fire and encounter started."

“We then stopped the encounter and tried to rescue both of them and the place where they got trapped, it was hard to rescue them. Both were killed and in the ensuing encounter, two militants were also killed.”

One of “terrorist”, he said, has been identified as Bilal Bhai. “Some call him Hyder. He was probably a Pakistani militant and the other is local militant, most probably from Ramban Gool.”

The IGP said “I want to share that Altaf Ahmad Dar had given rooms on rent to Mudasir Gull who was a contractor by profession and was running unauthorised call centre. Six cabins and in one room there was militants hideout where from lot of things were found.”

He further added “I want to share with you that there was firing at police party in downtown (Nawa Kadal) in which one of our policeman sustained injury in neck. The same militant was involved. Mudasir had ferried him in his own vehicle to this building.  Also, Mudasir was running in the garb of business. He was ferrying militants from south to north and then keeping them in his house and militants used to carry activities.”

Regarding the owner, he said, “since militants were in his house, we will include him in harboring and we will include him among OWG. Since his death took place in cross firing, we regret same. We tried to save him but it was difficult as firing was going from both sides. Mudasir was OGW and was involved in militancy.”

Families of both slain dr Mudasir gull and Altaf Ahmad Dar are not agreeing with the police statement and are demanding proof for their involvement and besides also are asking for the dead bodies of both killed which police have buried in the north Kashmir Handwara area saying that there was the apprehension of law order if bodies were given to families.