The IAF was formed on October 8, 1932, and the force has participated in several crucial wars and landmark missions. 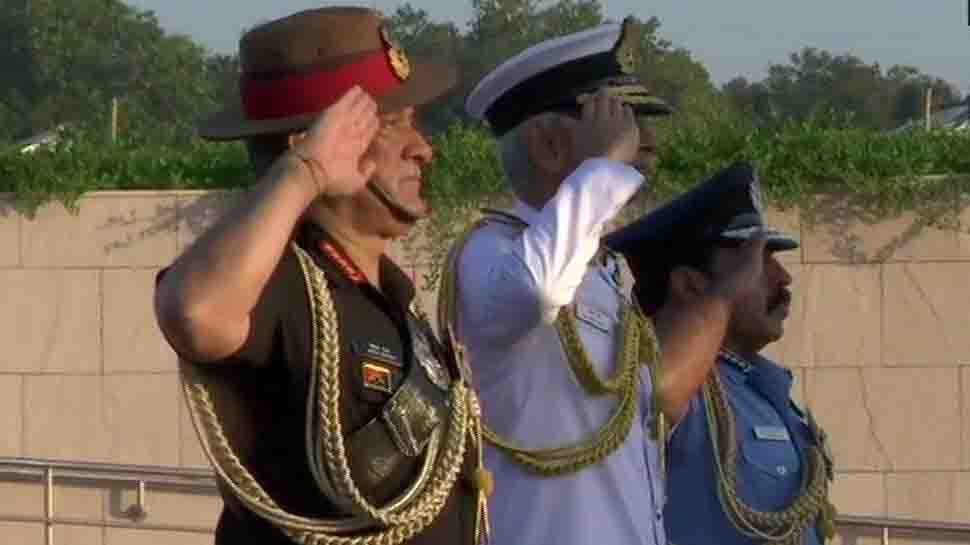 New Delhi: The Indian Air Force is celebrating its 87th anniversary on Tuesday and the IAF has planned to mark the anniversary at its Hindan Base with a spectacular air display showcasing both vintage aircraft and modern fleet.

The IAF was formed on October 8, 1932, and the force has participated in several crucial wars and landmark missions. The foundation day of IAF this year falls on the same day when India celebrates the strength and victory of good over evil to mark the occasion of 'Vijaydashmi'.

On the occasion of IAF day, Air Chief Marshal Rakesh Kumar Singh Bhadauria said, “Present security environment in the neighbourhood is a serious cause of concern. The Pulwama attack is a stark reminder of the persistent threat to defence installations.”

He also added that “strategic relevance of Balakot airstrike is the resolve of political leadership to punish perpetrators of terrorism. There is a major shift in government's way of handling terrorist attacks.”

IAF has a number of events scheduled for today which will be attended by several prominent leaders and Army officials. The event organised by IAF will also honour the units which have performed well and proved their valor on several incidents. Wing Commander Abhinandan Varthaman's 51 Squadron is also to be honored at the event. The other units in the award list include Squadron Leader Minty Agarwal’s 601 Signal Unit and number 9 squadron, whose Mirage 2000 fighter aircraft carried out the Balakot strikes.

Union Defence Minister Rajnath Singh, who is currently in Paris, will today receive the first of 36 Rafale fighter jets from French manufacturer Dassault Aviation, in France.