ACM Dhanoa's sortie in the YAK-130 gives the IAF a chance to get first-hand knowledge of the jet which can also be used as a light-attack aircraft. 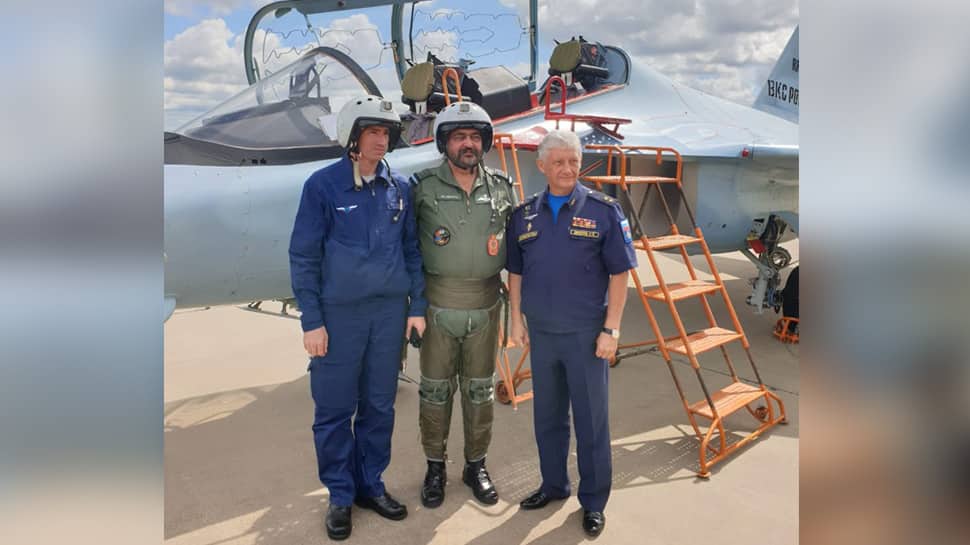 ACM Dhanoa's sortie in the YAK-130 gives the IAF a chance to get first-hand knowledge of the jet which can also be used as a light-attack aircraft. Russian defence officers point out that their pilots are trained on the YAK-130 before they fly the latest fighters including the Sukhoi Su-35 and Su-57 stealth jet. They add that YAK-130 is the perfect plane to train pilots for 4++ and 5th Generation aircraft.

#Visit: Glimpses of the sortie. pic.twitter.com/bMpT32BmN1

"The aircraft is used to develop and improve pilot skills needed to fly, navigate and employ current and advanced combat aircraft. The YAK-130 can be effective as a light attack aircraft in engaging air and ground (surface) targets," JSC Rosoboronexport, Russia's only state agency for defence-related products, says in the product catalogue on its website.

The IAF chief is on a four-day tour of Russia from July 9 to 12, 2019. The IAF chief is meeting senior Russian Armed Forces officers to cement the already strong defence ties between the two countries. With the IAF short of advanced jet trainers, the YAK-130 is being offered by Russia to India to train its fighter pilots.

Russia is the primary supplier of fighter planes to India with the Sukhoi Su-30 MKI and Mikoyan MiG-29 jets forming IAF's backbone. Russia is also planning to offer its latest Su-57 stealth fighter to India while it is also bidding for IAF's mega 114-aircraft deal by offering MiG-35 and Su-35 jets.