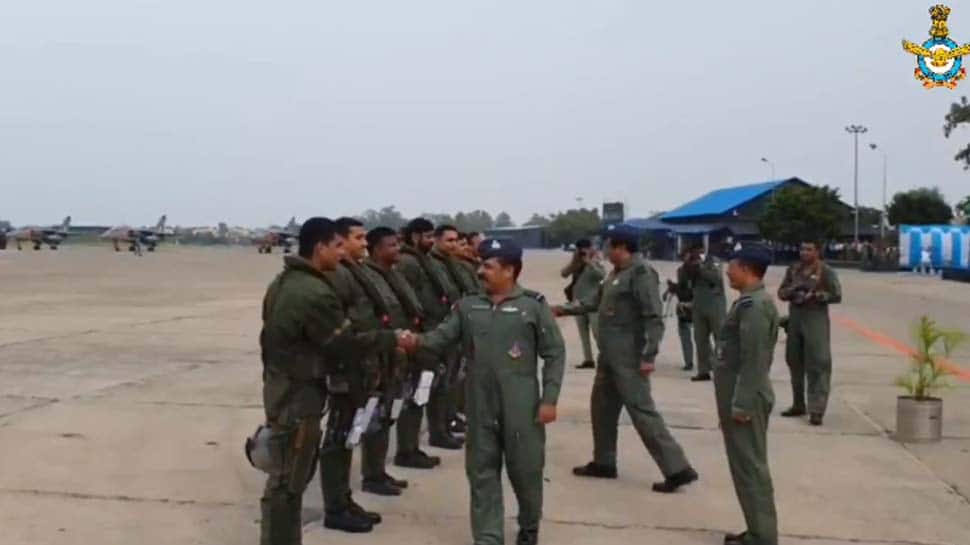 The jets that took off from the Merignac airbase in French port city of Bordeaux on July 27 covered a distance of 7,000 km with air-to-air refuelling and a single stop in the United Arab Emirates (UAE).

The fighter aircraft then makes a historic touchdown and is accorded with a ceremonial water salute. The seven pilots who flew the aircraft are then welcomed by the IAF Chief and other officers.

Defence Minister Rajnath Singh has called it "the beginning of a new era in our Military History". Singh shared a touchdown video of the Rafale fighter jets at the Ambala IAF airbase.

The Defence Minister took to Twitter to share the development. In a warning to Pakistan and China, Singh said ''those who want to threaten India's territorial integrity should be worried now'' while welcoming the Rafale fighters.

Lauding the Rafale fighters, he said, "This aircraft has very good flying performance and its weapons, radar and other sensors and Electronic Warfare capabilities are amongst the best in the world. Its arrival in India will make the IAF much stronger to deter any threat that may be posed on our country."