IAF inducts 4 Chinook helicopters: All you need to know

Part of a $ 15 billion deal signed with the US in 2015, the Chinook helicopters can be a game-changer in carrying out high-altitude transport operations. 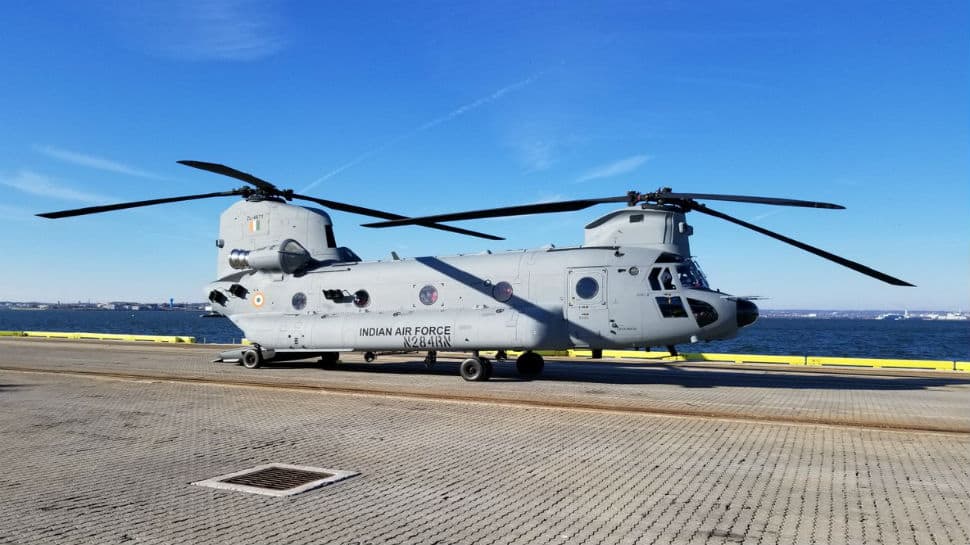 In a massive shot in the arm for the Indian Air Force, the first four of 15 Chinook helicopters were officially inducted into the force in Chandigarh on Monday.

Part of a $ 15 billion deal signed with the US in 2015, the Chinook helicopters can be a game-changer in carrying out high-altitude transport operations. In addition, the vertical lift capabilities of the helicopter can also be crucial during rescue and relief, firefighting, aircraft recovery, medical evacuation and heavy construction operations.

India is now the 19th country in the world to have Chinook helicopters. Manufactured by Boeing, the helicopters have played a crucial role in many wartime as well as peace operations around the world. Capable of carrying loads weighing 23,000 kilos, the Chinook can carry men and material at high-altitude locations at a maximum speed of 302 kmph. Reduced vibration, powerful engine and vertical lift capabilities are some of what sets these helicopters apart from other military transport helicopters around the world. These also have a range of close to 600 kilometres with night-flying abilities as well. It can also be fitted with missile systems for offensive and defensive actions.

Air Chief Marshal BS Dhanoa on Monday said that the Chinook helicopters will add to the operational abilities of the IAF. "Chinook helicopter can carry out military operations, not only in day but during night too. Induction of Chinook will be a game changer the way Rafale is going to be in the fighter fleet," he said.

According to army-technology.com, there are close to 1200 Chinooks in operation in countries like the US, Argentina, Australia, Canada, Japan, Norway, Spain and the UK.

These helicopters have shown their capabilities in Operations Desert Shield and Desert Storm.