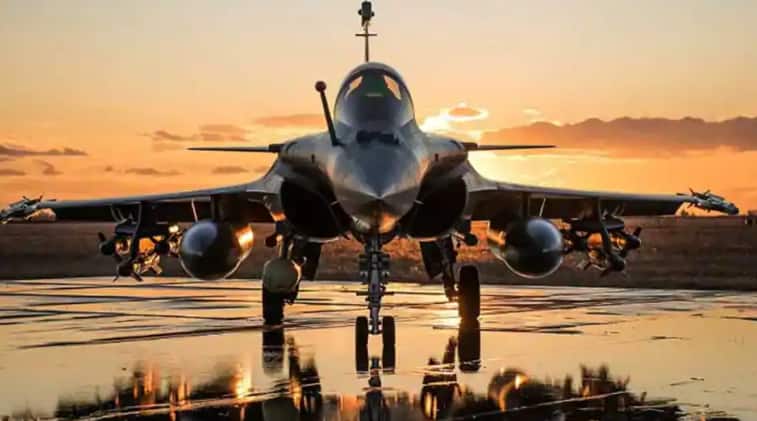 New Delhi: The batch of the first five Rafale combat aircraft arriving at Ambala airbase on Wednesday (July 29) will put an end to Indian Air Force's 18-year-long wait. Air Force chief Air Chief Marshal RKS Bhadauria would be visiting Ambala to receive the Rafale which is being inducted as part of India`s biggest defence deal.

Since these fighter jets will give new strength to the country's security, the DNA analysis will talk about the key features of these combat aircraft which are India's first major acquisition in over two decades. The Rafale aircraft are expected to significantly boost the Indian Air Force's combat capabilities.

The Rafale aircraft is capable of receiving mid-air refueling at an altitude of about 30 thousand feet. The five jets that took off from the Merignac airbase in French port city of Bordeaux on Monday, will be covering a distance of nearly 7,000 km to arrive in Ambala on Wednesday afternoon. The fighter jets were refueled more than once in their journey.

In the mid-air refueling process, the jets were fueled by French Air Force aircraft while flying at a speed of about 500 kilometers per hour. The aerial refueling capability has strategic importance as it increases the flight capability of any aircraft.

Rafale fighter aircraft can go up to 3700 kilometers at a time, but with the aerial refueling in war-like situations, it can remain in the air for a longer period to foil the designs of enemies. It can fly continuously for 10 hours but has to be refueled for 6 times.

Other features of the Rafale fighter aircraft may surprise you. For example, it has a camera weighing about a thousand kilograms which is capable of taking pictures of a cricket ball lying on the ground from a height of thousands of feet.

It is also capable of attacking an enemy from a height of 55000 feet, besides carrying 16 tons of bombs and missiles at a time. Rafale is the only fighter aircraft in the world that can carry a payload of one and a half times its weight.

With multi-directional Radar, Rafale can simultaneously target more than 40 targets in the 100 km range. It also has the capability to fire 2500 shells within a minute.

The Rafale jet, capable of launching a nuclear attack, can fly at a speed of about 2130 kilometers per hour, i.e. the speed of this aircraft is twice the speed of sound.

The Rafale is equipped with 6 laser-guided bombs along with three types of deadly missiles. In these laser-guided bombs, each bomb costs up to Rs 3 crore. These bombs were used to destroy the ISIS bases in Syria and Iraq.

The Rafale also boasts of an Integrated Self-Protection System, termed as Spectra, which acts as a defence shield. This can jam the enemy's radar and alert the aircraft about the missile coming towards it.

The Rafale fighter jets would boost Indian IAF's capability, but the S-400 missile system from Russia by end of the next year will further strengthen the Indian Air Force.

Russia's S-400 missile system is also being purchased by China, but the spying by the Communist nation has compelled Russia to stop the delivery of this missile system. This is a big blow to China as it has already been isolated in the world and Russia is considered to be its friend.

The S-400 is the most powerful anti-aircraft missile system, designed to thwart and destroy all types of aircraft and powerful missiles. China was the first country in the world to have signed the S-400 missile system deal with Russia in 2014. The first consignment was also awarded to China in 2018, but Russia has now stopped its supply to China. Russia has reportedly caught some people providing confidential information to China.

Nothing has been stated officially by Russia, but China has understood the reason behind it. During Sino-India clashes at the Galwan Valley in Eastern Ladakh, Russia maintained equidistance from India and China. It was a diplomatic victory for India, which of late has come closer to America, as Russia chose to remain silent.