IAF contingent comprises of 120 air-warriors and four Su-30 MKI along with an IL-78 Flight Refueling aircraft, which shall participate during the exercise. 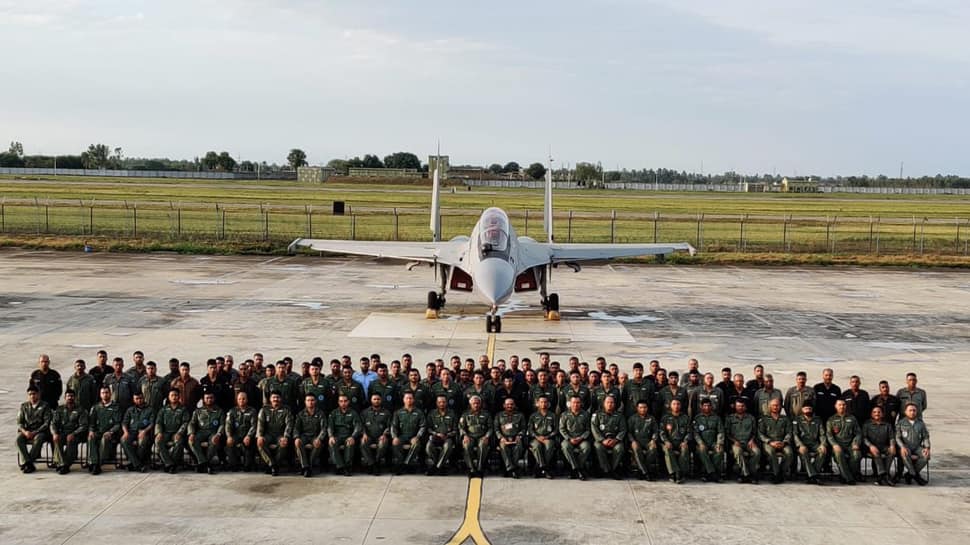 The exercise will give a chance to the IAF fighter pilots to operate against the Rafale omnirole jets, 36 of which have been bought by India from France's Dassault Aviation with the first aircraft landing in India in September 2019.

Garuda VI will also involve simulated operational warfighting scenario which will give the fighters of the two air forces to carry out all the offensive and defensive manoeuvres possible. This will enhance understanding of interoperability during mutual operations between the two air forces and provide an opportunity to learn from each other’s best practices.

IAF's C-17 strategic lift aircraft will provide the logistic support to the 120 air-warrior-strong contingent during the induction and de-induction phase. This is the sixth edition of exercise Garuda and will take place at French Air Force Base, Mont-de-Marsan in France. The last exercise, Garuda V, was held at Air Force Station Jodhpur in June 2014.

Participation of IAF in the exercise will also promote professional interaction, exchange experiences and operational knowledge besides strengthening bilateral relations with the French air force. It will also provide a good opportunity for air warriors to operate in an international environment. The team departed from Air Force Station Bareilly and Agra on June 25.

The 36 Rafale aircraft will be a part of two IAF Squadrons, the first of which is the Golden Arrows 17 Squadron.