MiG-29s took part in Operation Safed Sagar during the 1999 Kargil War and were tasked with protecting the IAF assets deployed to bomb the icy heights which had been occupied by Pakistani intruders. The upgrade will make the last two MiG-29s multirole combat aircraft capable of undertaking air-to-air as well as air-to-ground operations. 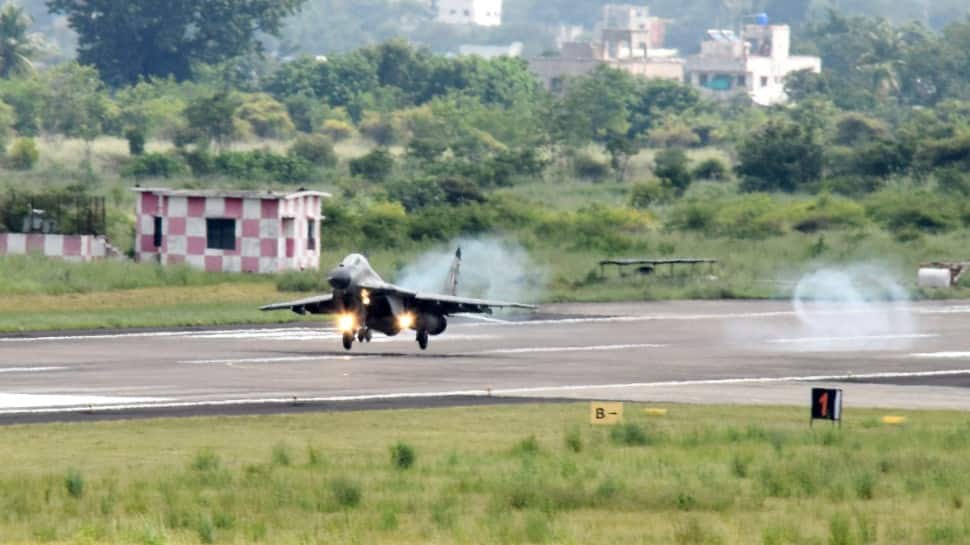 Indian Air Force (IAF) has been flying the Mikoyan-Gurevich MiG-29s since 1985 and on Sunday (September 28, 2019), the last two combat aircraft of the 28 Squadron took to the skies for the last time before they undergo an extensive upgrade which will increase their service life and make them a more lethal multirole fighter.

Known as Baaz in the IAF, there are 69 such jets out of which 67 have already been upgraded to the MiG-29UPG standard. The last two combat aircraft which are to undergo the refit took off from the 28 Squadron 'The First Supersonics' base in Gujarat's Jamnagar and landed at Ojhar in Maharashtra's Nashik.

28 Sep, 28 Sqn tarmac buzzed with roars of last 02 Legacy Mig29.A/c tookoff& carried out flypast over Ojhar to mark end of an era. A/c were received at 11BRD #IAF for upgrade& OH. To mark the historic event, Air Cmde SV Borade AOC handed over the souvenir plaque to CO.@IAF_MCC pic.twitter.com/nzjcfLH39g

Both the MiG-29s carried out a flypast over the skies of Ojhar and touched down at the IAF's 11 Base Repair Depot (BRD) for the upgrade programme. Air Commodore SV Borade, Air Officer Commanding, Ojhar Air Force Station, handed over the souvenir plaque to the Commanding Officer of the 28 Squadron.

MiG-29s took part in Operation Safed Sagar during the 1999 Kargil War and were tasked with protecting the IAF assets deployed to bomb the icy heights which had been occupied by Pakistani intruders. The 28 Squadron is called 'The First Supersonics' as it was the first IAF squadron which started flying the supersonic MiG-21s in 1963.

The upgrade will make the last two MiG-29s multirole combat aircraft capable of undertaking air-to-air as well as air-to-ground operations. The upgraded MiG-29s are equipped with mid-air refuelling to increase their range, latest avionics kit, sub-systems, 120 RD-33 series turbofan engines, Phazotron Zhuk-M radar, ability to deliver smart bombs and beyond visual range air-to-air missiles. Out of the 69 MiG-29s with the IAF, the first six were upgraded in Russia while the work on the remaining 63 aircraft was carried out at Ojhar.

IAF fighters undergo upgradation at the 11 BRD, which was set up in 1975 and if the only one of its kind workshop in India. The 11 BRD has already been upgrading the MiG-29s since 1996 and even the Sukhoi Su-30MKIs since 2018.